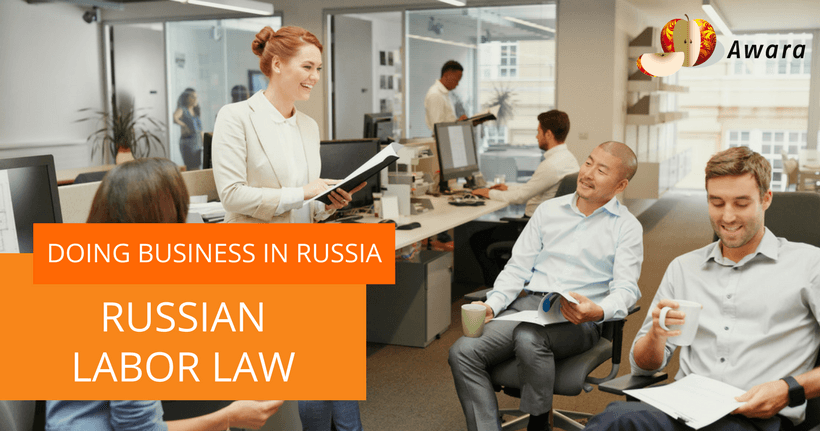 All major provisions regulating labor and employment are concentrated in the Labor Code, and took effect on February 1st, 2002. As in all aspects of Russian society, the Labor Code also puts a heavy administrative burden on the employer. Non-compliance with all these rules will put the employer at a disadvantage in its relations with both employees and authorities.

In order to ensure the rights granted by law, the employer has to make sure that the human resources function within a company is capable of managing all aspects of labor in a fair, transparent and secure way. Russian labor law allows that the interests of both employee and employer are served, but calls for a multitude of issues to be considered.

The main documents that should be considered by any company are labor contracts, company policies and statutory supporting documents. Since the moment it took effect in 2002, the Labor Code has undergone repeated amendment, having corrected textual ambiguities and fundamental changes. Its main provisions, however, remain unchanged. Some major amendments include:

2006; rules in the Labor Code relating to the protection of personal data

2007: introducing into the Labor Code provisions on minimum wage in the regions of Russia

2008; regulating the labor of athletes and coaches, was introduced into the Labor Code

2009; implications for the regulating of audits of compliance with labor legislation

2011: employee in certain jobs beginning a new job to present to the employer a certificate as to whether he has or hasn’t ever been criminally convicted or prosecuted

2012; established certain details in the regulation of labor relations with employees working underground

2013: introducing into the Labor Code a new chapter governing the labor of those working on a remote basis

2013 amendment relating to the management of employees of public corporations and public companies, took effect.

2013; introducing in Russia the possibility of creating works (industrial) councils

2013: an amendment extending the concept of discrimination and establishing administrative responsibility for the dissemination of information about vacancies that contain discriminatory restrictions.

2013: changes to supplement the provisions of the Labor Code on safeguards associated with combining work and study entered into force.

2014, a law on special assessment of working conditions made significant changes to the Labor Code

2014: direct ban on agency work, which refers to work performed by an employee on the orders of the employer but in the interests of and under the direction and control of another entity

2016, requirements for companies that collect and otherwise process personal data of Russian citizens, including in employment relations, to use databases on the territory of Russia.

From a Western, or at least a European, reader’s perspective, Russian labor legislation does not come as a big surprise. It allows for freedom of agreement between the parties, but provides for additional protection of the employee. This protection comes in the form of setting minimum standards for employment. There is a general rule in the Russian Labor Code that the terms of employment in an individual labor contract must not be worse than those set out in the Labor Code and other related legislation, collective agreements, contracts and internal regulations. Some provisions of the law are mandatory and cannot be altered by agreement between the parties.

Presumption in Favor of the Employee and Labor Contracts

Apart from the minimum standards and the mandatory rules, the law contains one more mechanism for the protection of the worker. This comes in the form of presumptions in favor of the employee in certain cases, most notably in cases when the term of the contract is not stated or when there is no written agreement. However, this does not mean that all doubts in every case should be interpreted to the employee’s benefit, and any labor dispute in Russia is decided according to the rules of civil procedure which apply to civil disputes (based on civil law), just as they apply to labor disputes. These rules, in particular, state that each side must prove the circumstances on which it relies in its demands or its objections.

A labor contract has to be entered into in written form. When there is no written contract, it is presumed that a labor contract has de facto been entered into from the moment a worker has actually started working with the knowledge of the employer or upon his order or the order of his representative (Art 16 Labor Code), and the employee would enjoy all the rights provided by the law (this comes very close to implied contract in British employment law). In the absence of a written agreement, there emerges a risk that the actual intents of the parties would be disregarded, and instead the employee would receive protection under the most favorable conditions of the labor laws. For example, such an agreement between the employer and the worker can be interpreted as being an indefinite contract instead of a fixed-term one (Art 58 Labor Code).

Amendments that went into effect on January 1, 2014[2] introduce clarifications to this rule that protect an employer from wrongful acts of his employees. Thus, Article 67.1 of the Labor Code provides that if a new worker was allowed to work by another unauthorized employee, the employer shall pay the new worker for the work he does for the benefit of the employer, but a labor contract will not be deemed to have been entered into.

A labor contract which has not been properly documented is considered to be entered into if the employee has started working with the employer (or his representative) knowing about it and allowing it. Nevertheless, the employer has a duty to enter into a written contract with him within three days after the actual admittance to work and thus formalize the relationship (Art 67 Labor Code).

The Russian Labor Code proclaims the freedom to choose the place of work. This means that the employer cannot restrict the employee in any ways other than those offered by the law. In practice, this implies that the so-called “non-competition clauses” (prohibition to join a competitor, etc.), used in the West and frequently introduced in contracts between Western employers and their employees in Russia, may be deemed invalid. In practice, such conditions are commonly used by employers. The risk that such a condition may be declared invalid does not entail any negative consequences for the employer, except for the possibility of being held administratively liable (Art 5.27 Labor Code).

An employee also has an explicit right to take up a second job for another employer (Art 282 Labor Code; see Combining Jobs). However, in regard to top management this right may be removed by a provision in the labor contract (Art 276 Labor Code).

The law allows the retaining of an employee in the company for a fixed term agreed in advance in connection with providing training at the expense of the employer (Arts 57, 249 Labor Code). The law does not give any time frames as to how long such an obligation can exist. It is therefore up to the courts to rule on what is reasonable. However, in the case of dissolution of a contract before the end of its term, an employee who received training at the employer’s expense must pay compensation in proportion to the remaining period (Art 249 Labor Code).

Together with the principle of freedom to choose work the law establishes a non-discrimination requirement. This is realized at the stages of seeking employment, being offered employment and during the employment (Art 3 Labor Code).

The law prohibits all forms of discrimination based on sex, race, nationality, language, descent, property, social or family status, age, place of residence, religion, views, unions affiliation, social groups membership, and other circumstances unrelated to the professional qualities of the employee.

Only the professional qualities of the candidates may be taken into account in the selection process. A job candidate could in principle take legal action upon being refused employment in favor of another candidate. At the request of the candidate the employer must give him a written explanation of the motives for his not being chosen for the job (Art 64 Labor Code).

Refusal to hire a woman cannot be based on pregnancy or existence of dependent children (Art 64 Labor Code).

Courts no doubt have broad discretion when determining which qualities matter as a ground for refusal to hire. Since the Labor Code itself sheds no light on the issue, the Supreme Court gave some clarification in its decree of March 17, 2004 (Item 10)[4]. In the Court’s view, such qualities may include professional education, job experience and state of health. Clearly, this explanation is not particularly helpful. Perhaps future precedents will serve as better guidance. At present, such disputes are extremely rare in Russia. The new law we have mentioned, establishing additional liability, could possibly increase the number of disputes connected with discrimination.

The salary of each employee shall depend on his qualifications and the complexity, quantity and quality of the work done. All discrimination in setting or changing salary and other remuneration is prohibited (Art 132 Labor Code).

Along with a non-discrimination requirement, the law extends special protection to certain social groups in the form of mandatory provisions affecting the employment of women, students, minors, single parents, disabled persons, retired people returning to work, war veterans, etc. It is advisable to consider the applicability of special rules when deciding on employment issues affecting employees belonging to these social groups.

In spite of the gradual improvement of legislation in this sphere, in Russian law and administrative practice forms are very important. Often rights and obligations are created or lost with forms, wrong forms or lack of forms. The labor law makes no exception to this rule; quite the contrary, forms often reign in matters regulating Russian human resource (HR) issues. Despite the fact that the form of documents since 2013, as a rule, is a recommendation, there continue to exist in legislation a number of mandatory conditions for certain documents. The requirements of forms call for a great deal of attention on the part of management, and the necessity to use the services of experienced HR managers or HR consultants. Any omissions in the correct drafting of documents or lack of them can lead to the employer’s losing some of its intended rights, as well as an increased taxation burden and potential liability for damages.

The Russian Labor Code establishes strict and detailed rules and regulations for the management of staff and payroll issues (human resources administration). Non-compliance with these rules may lead to consequences, including:

There exists a myriad of procedures to comply with, as well as rigid requirements for forms.

It should be noted that Russian labor laws apply to all labor relationships in Russia, regardless of the legal status or origin of the employer and the employee. Thus, a labor relationship involving a foreign company and a foreign individual working in Russia is primarily regulated by Russian law (if in some cases an international treaty of the Russian Federation would not require otherwise). Even the employment of a foreign chief executive (CEO or General Director) would fall under Russian rules.

The employment of a Russian citizen or even a foreigner sent to Russia would fall under Russian law, even if the foreign employer does not have a Russian presence (Art 11 Labor Code).

The Russian Labor Code foresees participation of trade unions in matters relating to the organization of and compensation for work, as well as entering into of collective agreements and collective contracts or dismissing union member employees.

More on labor law and its components in the next blog entries! 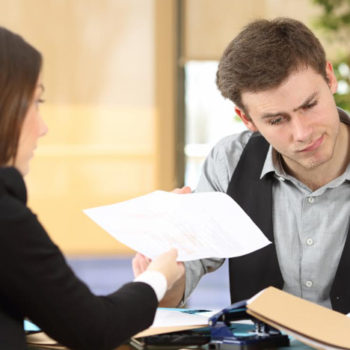 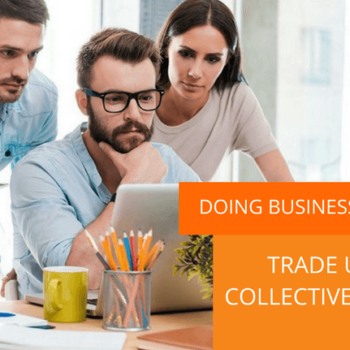