The goal of Awara is to encourage the creation and distribution of publications, which are related to Russian business areas and other communications. Especially, the below guides and surveys are made available in order to assist companies doing business in Russia. 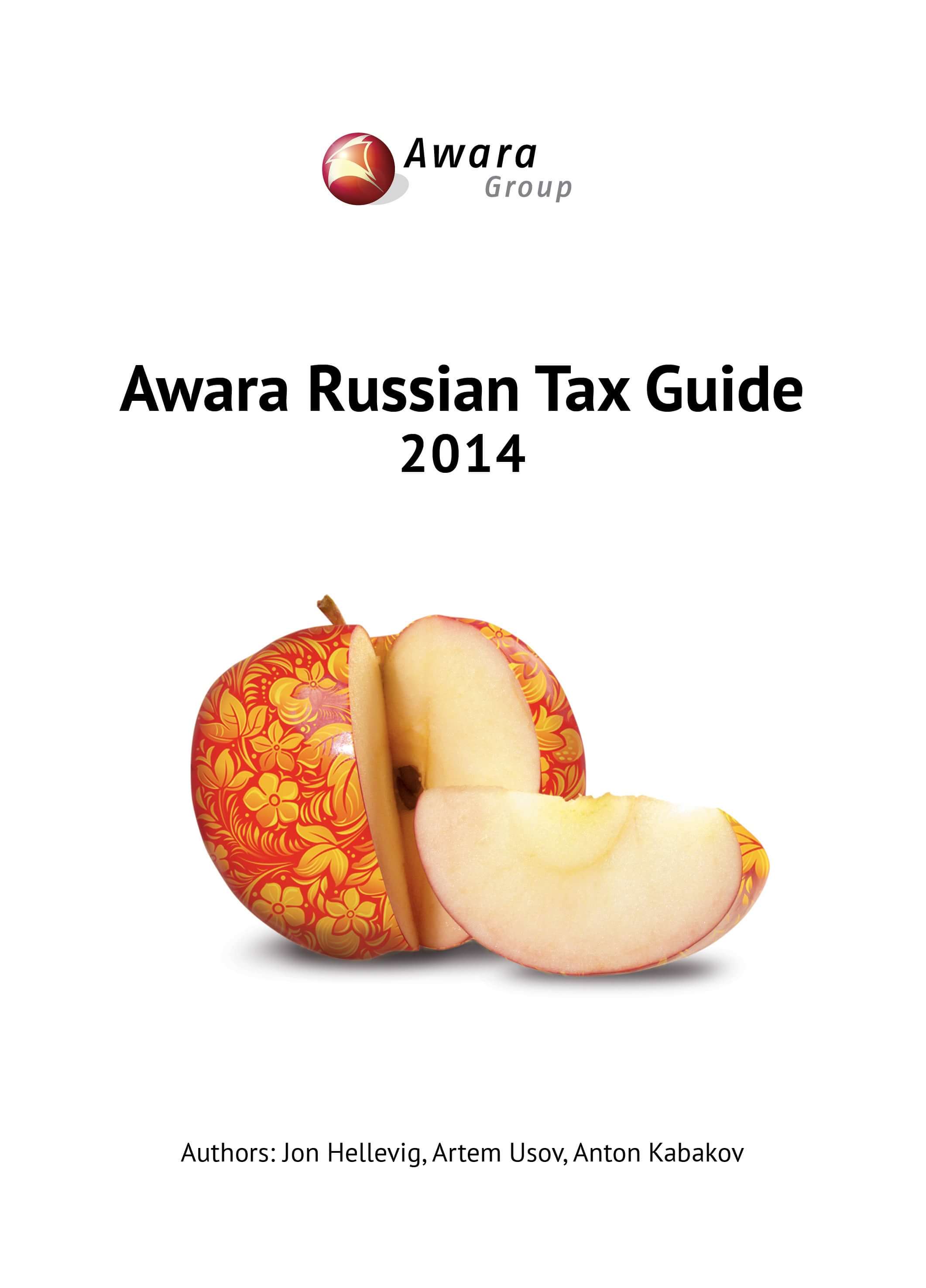 Awara Russian Tax Guide is the first comprehensive book offering a full overview of all Russian taxation laws and rules. Awara Russian Tax Guide describes the general framework of the Russian tax laws, the Tax Code and its principles. It describes the general rules of the Tax Code Part I and each type of tax and tax regime of Tax Code Part II, among them: Profit Tax, VAT, Personal Income Tax, Property Tax, Employer’s Social Contributions. The book also covers the now so important case law and taxation principles set by court precedents.

READ IN OUR BLOGREAD IN PDF 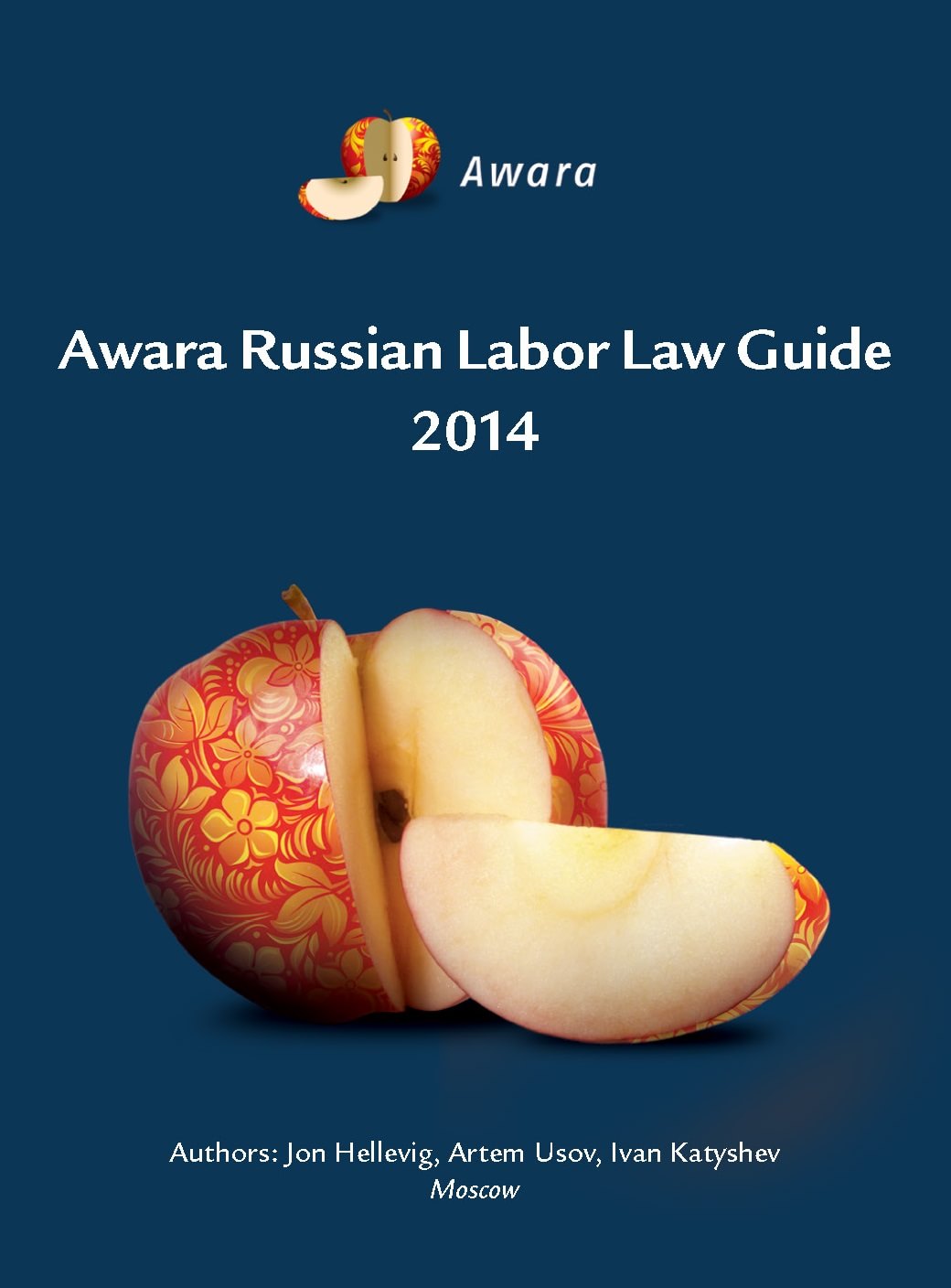 The Awara Russian Labor Law Guide is intended for both practical purposes and general orientation in Russian labor law. It gives a description and analysis of major legal issues that may affect those who want to conduct a business in Russia. This publication is particularly timely since by now the 2002 Labor Code of the Russian Federation has been in effect for over 10 years, resulting in many amendments to it, the promulgation of much related legislation and regulations, and court decisions regarding its interpretation and implementation. This Guide will no doubt serve as a reliable aid in going through this maze of regulative acts and decisions and help the reader to avoid gross mistakes that might result in significant but quite unnecessary losses. It embraces all legislatives novelties as of November, 01 2014.

READ IN OUR BLOGREAD IN PDF 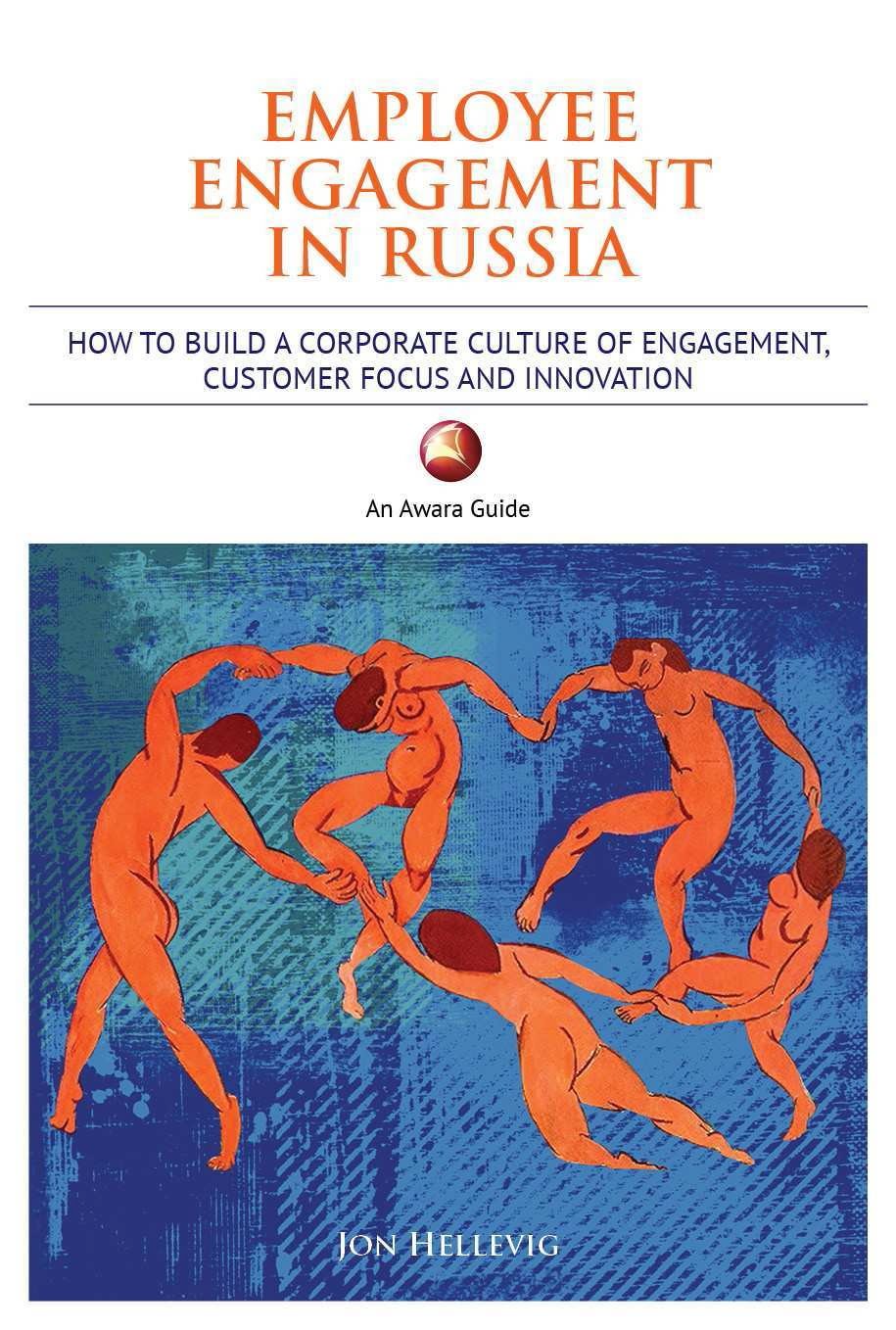 Employee engagement is about how to achieve a company’s strategic goals by creating the conditions for human resources to thrive and, for each staff member, manager and executive to be fully switched on in their jobs so as to deliver their best efforts in the best interest of the business.

The theory of employee engagement, when stated simply, looks like common sense. According to the theory, leaders of an organization must ensure that all their staff members are fully engaged, that they are fully switched on at their jobs. The ideal is that the staff is fully committed, in the same way entrepreneurs care for their businesses or people in general look after their own household. Being engaged simply means that you are fully involved and interested in the work so that it really holds your attention and inspires you to do your best.

READ IN PDF READ IN OUR BLOG 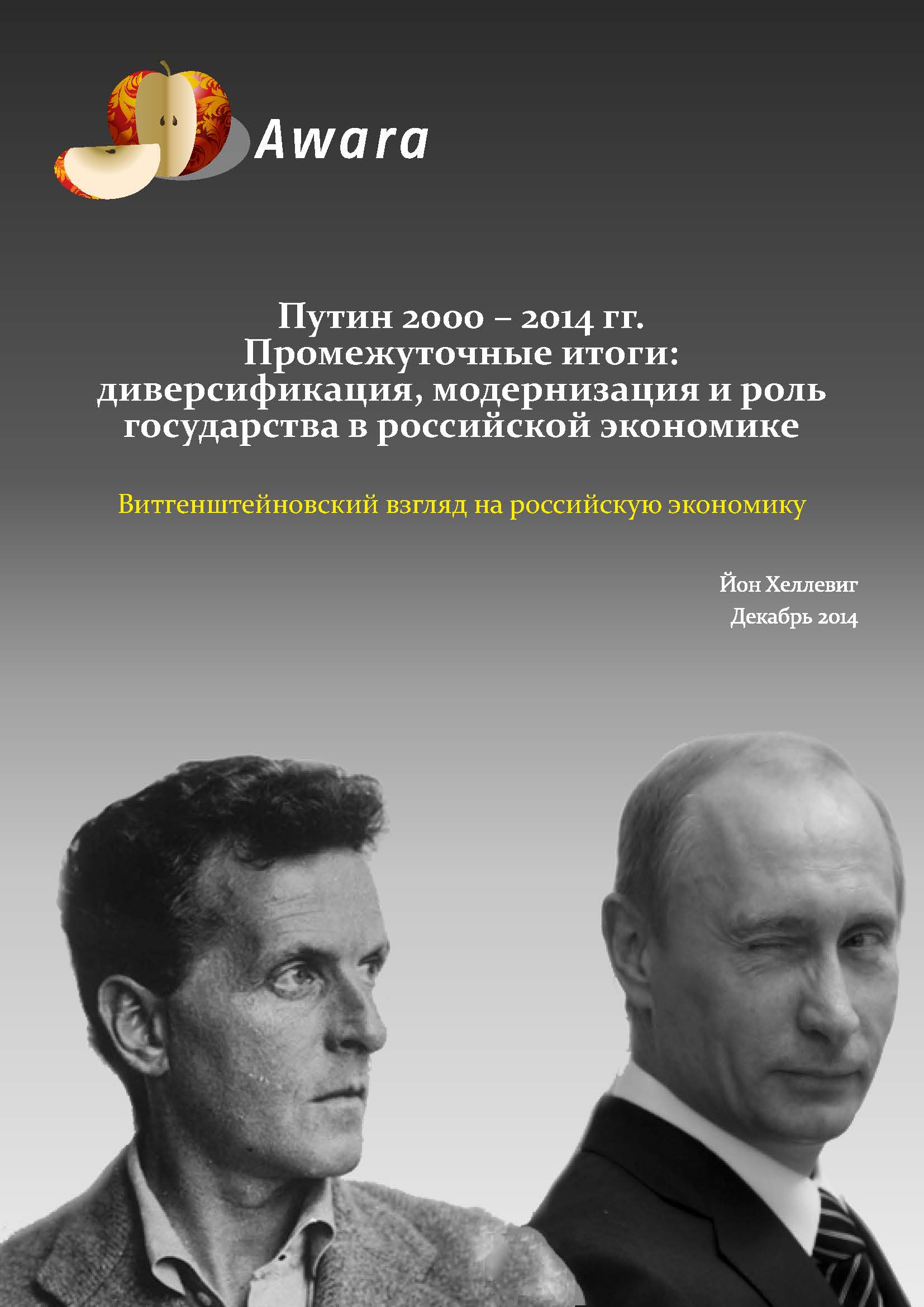 Putin 2000 – 2014, Midterm Interim Results:
Diversification, Modernization and the Role of the State in Russia’s Economy
A Wittgensteinian Look at the Russian Economy

A study released by Awara, a Russia-based consulting firm, shows that Russia’s economy is not as dependent on oil and gas as is commonly claimed. It researches the development of key indicators of the economy from 2000 to 2013. The crisis-torn economy battered by years of robber capitalism and anarchy of the 1990’s, which Putin inherited in 2000, has now reached sufficient maturity to justify a belief that Russia can make the industrial breakthrough that the President has announced.

READ FULL REPORT IN PDFREAD SUMMARY IN OUR BLOG 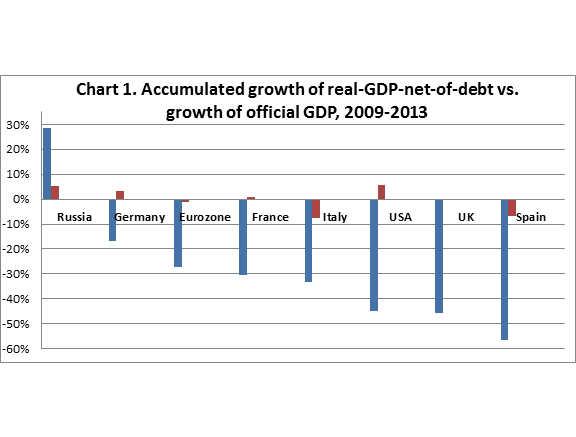 This groundbreaking study by Awara reveals that the real, debt-adjusted, GDP growth of Western countries has been in negative territory for years. Only by massively loading up debt have they been able to hide the true picture and delay the onset of an inevitable collapse of their respective economies. The study shows that the real GDP of those countries hides hefty losses after netting the debt figures, which gives the Real-GDP-net-of-debt.

READ IN OUR BLOG 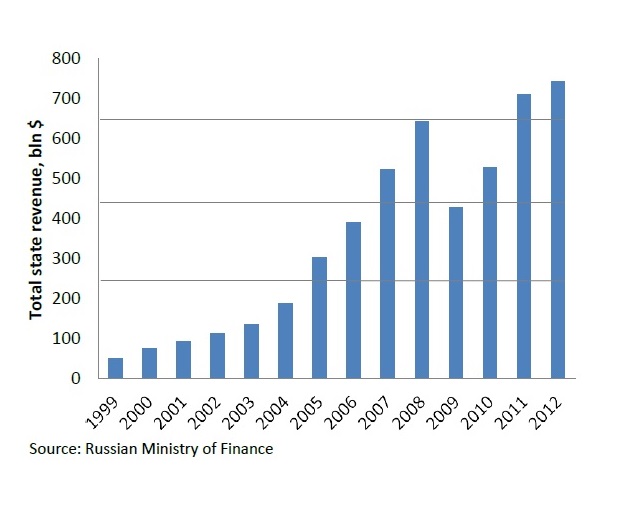 The taxation system, or rather the lack of a transparent, predictable and stable taxation system, has widely been considered as one of the main reasons for the economic woes that Russia experienced during the 1990s, after the country entered the shaky path of democracy and market economy. But after the tax reform was ushered in beginning from 2000 the taxation system went from being the big hindrance for investments and economic growth to being the locomotive of Russian economic success.

READ IN OUR BLOG 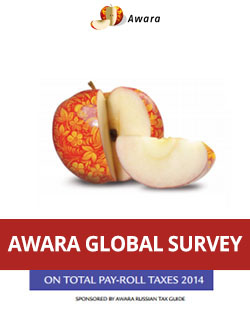 Of all the money that goes towards salaries and wages what portion is actually received in hand by the employee net of taxes and all social security contributions? The specific question we posed was: What is the total pay-roll cost of an employer in order for an employee to get X amount of Euros (US dollars) in hand?

READ FULL REPORT IN PDFREAD IN OUR BLOG 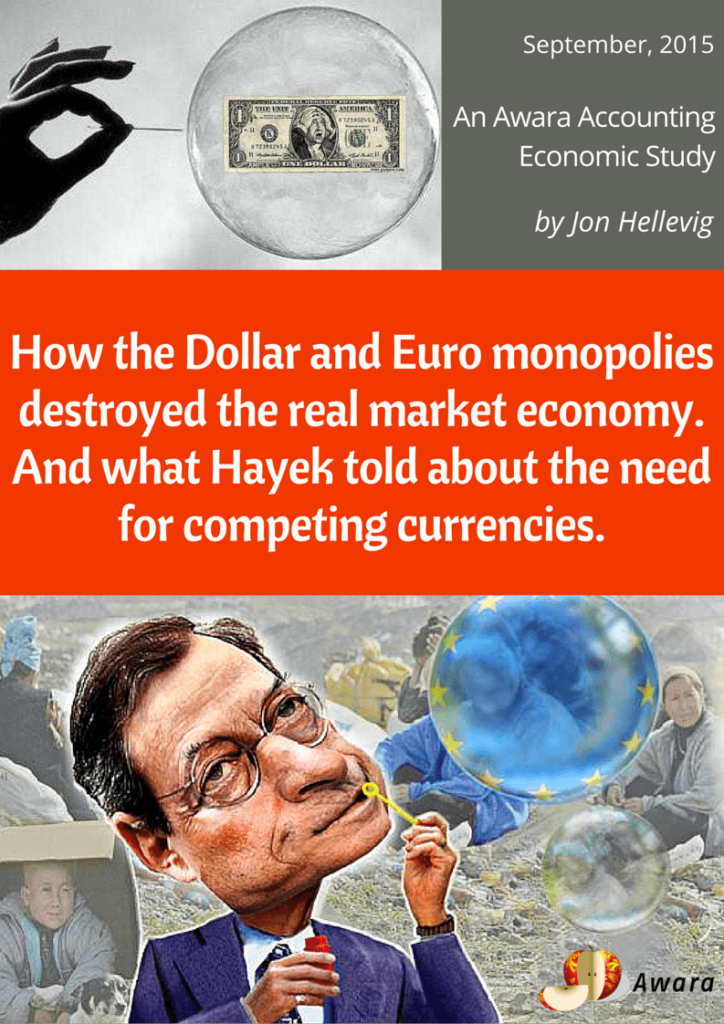 How the Dollar and Euro Monopolies Destroyed the Real Market Economy. And What Hayek Told about the Need for Competing Currencies
By: Jon Hellevig

In this study, we discuss the background and causes of this impending economic catastrophe, and the possibilities to thwart it, to the extent there is any way still to do it.

READ IN PDFREAD IN OUR BLOG 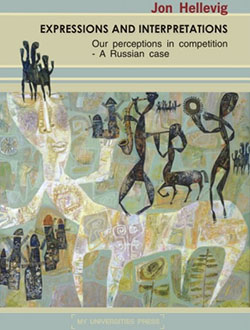 Expressions and Interpretations. Our perceptions in Competition. – A Russian case

Expressions and Interpretations is a book on philosophy, law, moral, democracy, economy and other perceptions in competition. The book deals with issues of social science fiction and gives the reader the long lost missing key that fits into the lock of scientific mysteries. The “truth” is shown to be a whirlpool of feelings, which are subject to our expressions and interpretations. – Through this insight law is defined as a “competition of arguments” and justice as “competitive justice”. – The book is intended for all people that want to gain an insight in to the scientific reality.

READ IN PDF
OPEN THE LIST OF BLOG ARTICLES
Scroll