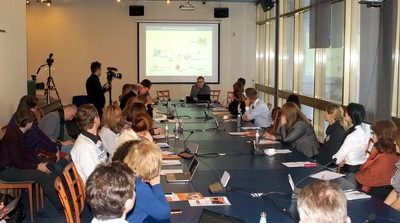 Awara hosts seminar How to improve labor productivity in Russia with electronic accounting and documentation flow.

Attended by some 50 people, the seminar took place as Russia gears up to modern electronic accounting processes following last year’s legislation permitting the use of digital signatures. Combined with new administrative practice and innovative IT solutions, digital signatures should make the Russian economy much more efficient – which is crucial as Russia faces major challenges in the coming years.

According to a recent World Bank report, up to 10 million people will leave Russia’s workforce over the next decade, and as Jon Hellevig, Managing Partner at law firm Hellevig, Klein and Usov, pointed out, labor costs are rising faster than productivity. The old Soviet ethos remains, however, said Hellevig – accounting in Russia still consists of shuffling and storing huge amounts of paper and collecting signatures duly stamped whenever possible.

The new legislation puts the onus on companies to increase their productivity by streamlining their business processes. Electronic data processing can play a crucial role here.

Maxim Eremenko, Head of Exchange of Electronic Documents at 1C, says that going digital can lead to enormous savings from reduced spending on paper, printers and cartridges, faster exchange of documents, higher productivity of accountants and operators since they not only have much more information at their fingertips, but also have to spend much less time inputting data by hand. Goods arrive sooner and digital signatures relieve company officers of having to sign thousands of documents. There is no longer any need to copy documents for the tax authorities or double up on access rights within the company. The need for physical storage falls away, which also frees up money formerly spent on personnel and fire prevention. And of course electronic documents are much faster and easier to search. They also make for much greater business transparency because of the close links between the internal and external document processing.

Eremenko pointed out that every year, the company Komatsu exchanges some 70,000 documents, but switching to electronic document processing will enable it to cut costs by at least 4.7 million roubles ($143,000) per annum. The savings across the Russian economy will therefore be enormous.

Electronic document processing also makes for improved personnel and payroll management. Indeed, each employee can have a personal account, which allows her to have secure 24/7 access to data on her salary and unused holidays and to print out information via a web-interface which is linked to the company’s salary data base.

Managing business trip expenses can also be done in real time, which is becoming increasingly necessary as the number of people using smart devices to make payments and the like continues to rise rapidly. Providers offering such services and the ability to work with smart phones and tablets will have a competitive advantage in the future, especially since the use of mobile technology looks set to increase sharply.

Alexander Ermakov, Partner, Awara IT Solutions, spoke about how “live accounting” can overcome Russia’s legacy of red tape and inefficiency. Companies using fully automated and digitized accounting and financial functions, for example, can record operations much closer to the time when they actually occur. But at the moment, there can be a long gap between, for instance, the movement of inventory and its recording in the accounting department.

However, Ermakov also said that Russia would ultimately use digital signatures, but that this would not happen immediately.

As Vasiliy Zudin, Deputy Commercial Director at Taxcom noted, digital solutions were introduced in the European Union about 10 years ago, so Russia has a long way to go to catch up. But take up since the new legislation last year has been fast, with 15,000 registered users in March in 2013 and 300,000 in May. Russia also has 50 operators, which is quite respectable compared to Europe. Zudin agreed with Ermakov that companies often had varying levels of motivation to adopt the new system and that laws and regulations remained inadequate, although this should change when President Putin signs the fourth road map on electronic document processing.

Elena Pletneva from HeadHunter, on the other hand, said that all their clients had switched to electronic document processing and that gaps in legislation could in fact often be overcome by separate individual agreements with clients and suppliers. 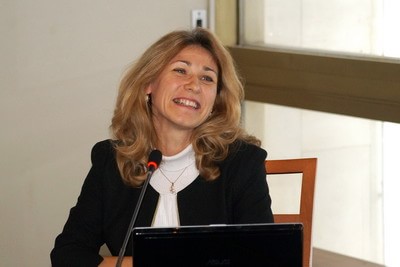 But once two companies agree between themselves to use digital signatures, they can then exchange documents – and the information ends up on both accounting systems immediately. Moreover, Ermakov pointed out, the tax authorities were obliged to accept the documentation, even though they still do not understand electronic document processing very well, despite legislation covering digital signatures on the statute books since 2012. Much work therefore remains to help both counterparties and the tax authorities to use, accept and understand the new possibilities.

Ermakov also addressed another difficulty. At the moment, both counterparties must be connected via one provider in order to exchange e-signatures, so roaming is currently impossible, although this problem should be solved in 2014.

Vladimir Egorov, ERP Product Manager and one of the main contributors to the development of the Russian version of the Microsoft Dynamics AX business application, outlined Microsoft’s solutions for ERP and CRM and said that business applications were only effective if they are an integral part of a company’s business strategy, such as financial forecasting and modelling.

This is especially true as the business environment becomes more difficult due to ever increasing demands on the part of buyers to B2B and B2C, with technology enabling buyers to switch to other vendors if their supplier cannot meet their requirements for delivery times etc. In other words, buyers judge by the quality of service, not by the product itself, which can nowadays often be copied in China in 3-6 months. Egorov also noted that resources are becoming more expensive every day due to regulation and compliance and rising labor, infrastructure and financing costs. The right CRM system makes sales easier, however, while ERP can reign in the rising costs of resources – if these systems are used to the maximum and to optimize business process.

The financial department, for instance, now needs interactive business analytics and new interfaces, systems which can save each employee 3 hours a day out of every 8. The CRM system can also provide a full client profile instantly, as well as information such as who is the best client and who delivers the most profit. CRM thus allows for much more efficient management of marketing, sales, customer inquiries and service requests, thus increasing customer loyalty. And of course much of this can be done in the cloud, which is developing very fast and also reduces costs. Egorov said this was likely to be crucial to company survival in the coming years. In the US, for example, the average life of a company has fallen from 67 years in the 1920s to 15 years in the 2010s – and is likely to fall yet further.

Olga Lapina from the Federal Tax Service, said the Service had taken advantage of its right under Federal Law 402 to design tax return forms to simplify the documents required from taxpayers and reduce the amount of information required. Not all present agreed with this view, arguing that the forms were still too complicated and that further changes were necessary. Lapina expressed her surprise, but addressing the seminar participants as “colleagues” said that the Federal Tax Service, was certainly open to suggestions and was willing to work with companies to improve things.

Russia has now introduced appropriate legislation, but as Vasily Zudin and other speakers noted, there are still gaps in the law which hold back developments, while many companies still do not understand the possibilities, although Maxim Eremenko at 1C says most companies are technically capable of switching to electronic processing. Many head accountants, however, remain reluctant. These problems doubtless explain why the proportion of documents processed electronically is only 2%, so the room for development and cost savings remains enormous. 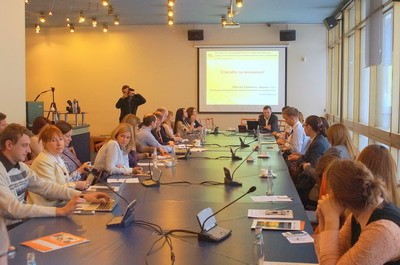 Recruitment with Success Fees Only and No Retainers: Try Us with No Strings Attached 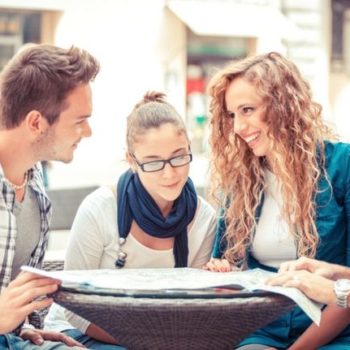