An interview with Jon Hellevig, Managing Partner of Awara Group.

The much talked about banking crisis in Cyprus has raised questions and brought the offshore dealings of Russian businessmen to the headlines. Why do Russians use these off-shores?

First, let’s understand what we mean by offshore centers. We live in a global world and every international company needs to put in place a suitable structure for their global financial dealings. An offshore is a legitimate means of organizing international financial transactions. What’s more they perform an important function in checking the appetites of governments to raise taxes on their citizen by creating favorable competing tax regimes.

It’s in this way that Cyprus has been so important to Russian business, offering marvelous opportunities to organize their international financial structures. Many factors have contributed to the success of Cyprus. The island in the sun has always offered a warm welcome, and, with its liberal visa regime, easy access to Russians. In the years of transition when Russian law started moving from the old Soviet system and embraced the free market economy, Cyprus offered stability and predictability. Furthermore, a highly competitive taxation system was of benefit to both Russian and foreign investors in their dealings with Russia. Cyprus has a 500-year-old legal system built on the traditions of English law. Here there is a wealth of Western, mostly UK, trained lawyers, accountants and auditors who have been able to offer top quality professional services at affordable prices. These and many other factors, combined with the sunny climate (an obvious attraction for Russians!) have all contributed to the popularity of Cyprus.

What really happened in Cyprus and why?

What happened in Cyprus represents one chapter in the never-ending Euro crisis. We’ve seen this problem a lot in the  Euro zone and it results from market imbalances caused by the Euro monopoly. The Cyprus government, households and banks took on too much debt with the result that the two biggest banks became insolvent. Unfortunately, Cyprus became a guinea pig for experimenting with new methods to resolve the crisis. In a dramatic change of politics, and contrary to all Mr. Draghi’s, the chief of the European Central Bank, affirmations, it was decided to raid the depositors’ funds to prop up the ailing Euro system.

There are two reasons why Cyprus became an exception to the rule. First, it is a tiny country, and second, the leading Northern European governments, didn’t want to bail it out. They pandered to populist sentiment, spread by the media, that Cyprus was a haven for “dirty Russian money”. These governments and their press circulated the completely absurd idea that Russians were to blame for the banking crisis by the mere fact that they had deposited their money there. Before this it was always thought that bank failures were caused not by depositors but by mismanagement of the deposits by banks.

Then what caused the failures of the banks in Cyprus?

Paradoxically, the immediate reason was cheap funding provided by the European Central Bank. This encouraged the leading Cypriot banks to pile up excessive amounts of the sovereign debt of another Euro country, namely Greece. Cyprus was actively encouraged by EU leaders to do this. So they duly supported the Greek economy by investing in Greek bonds. When things got bad, EU leaders made an about-face and required the Cypriot banks to write off their Greek holdings, as part of their support for Greece.

You seem to be implying that the problem is the Euro. What’s wrong with the Euro?

According to competitive liberalism, the fundamental principle of a true market economy is competition. Competition has to be ensured in all aspects of the economy, politics, and social practices. It is precisely here that the Euro, and indeed the EU, has failed. The Euro is a monopoly currency, which de facto demolished the functioning of a free market.

After the initial stages of the free market in the early eighties, the European Union sadly became a project for eradicating competition in all aspects of the economy and life. The replacement of national currencies with the Euro was merely the culmination of this tale of woe.

Free competition guarantees a perfect market, and continuously, albeit imperceptibly, like an invisible hand, removes imperfections and excesses from the market. The story of the Euro is a case in point. The Euro created an absolute currency monopoly in Europe, sharing this monopoly with the US dollar at the global stage. As always happens with monopolies, the Euro wrecked the European currency market by giving rise to imperfections, which removed normal risk-reward considerations and the interest rate parity of a free market. This led to a situation where interest rates became artificially low. Investors, lenders, borrowers and governments all took leave of their senses and thought that they could borrow without any limits, forever, as long as the debtor country was in the Euro zone. The Euro became just one episode in the endless series of speculative market bubbles that actually started with Dutch tulip mania in the early 17th Century.

Had the countries concerned retained their national currencies, they would never have been in the position to pile on so much debt. Interest rate parity between currencies and prevailing interest rates would have remained intact guaranteeing that no country would have been able to amass such unsustainable levels of debt. It is precisely this kind of a free market that can guarantee the sustainable growth which the European politicians so much love to speak about. For example, if in the situation prior to the Euro monopoly, Greece had suffered too big a deficit and taken on too much debt, the interest rates on the drachma would have gone up and/or its currency would have been devalued in relation to other currencies. In this way, competing currencies continuously maintain a harmonious balance in the markets. In a free market, without the Euro monopoly, countries would have been forced to keep their economies in shape at all times. Sweden is a good example of this. Because it opted out of the Euro madness, it has always been forced to demonstrate prudent government financing and debt levels and therefore it is today the European financial champion.

Thus what we need for a functioning European and global economy are competing currencies. But this is not a completely new idea. The famous economist Friedrich  Hayek (1899 – 1992) long ago advocated the need for competing currencies, not only as national currencies but also suggesting that there should be several competing currencies in use within the more sizable individual countries. He explicitly warned against the Euro, a warning that European leaders and opinion makers, in their megalomania, failed to heed.

Going back to offshore choices. What does the Cypriot crisis mean for Russian companies and will they now stop using offshore companies?

Personally, I think that when the dust settles, Cyprus will again be a good option. It may be that a lot of those Russian companies who are already there will want to reconsider their position. However, I think many will stay because they will always need a global footing somewhere for their business dealings. Anyway, the Cypriot banking crisis is already a fait accompli. Many will also bring more of their business onshore to Russia, buoyed by a decade of vigorous improvements in the rule of law and promising trends in an improving business climate. All in all, the tendency for Russians will be to use offshores in a more sophisticated way, and more as legitimate international financial hubs. The choice of jurisdictions is large and business people need to study the choices very prudently.

And what are the other offshore options?

There are a lot of options. We should bear in mind that these other options have been available all the time, in parallel so to speak. Not all Russian money is or was destined for Cyprus, and of course there is now heightened interest in exploring all the other possibilities. We can consider a number of European countries, and this could be divided into so-called European offshores, including: Switzerland, Netherlands, Luxembourg, Ireland and perhaps Malta. Then there are the Baltic countries, especially Latvia, traditionally of great interest to Russians, and also countries like Bulgaria. Consider also the Asian financial hubs, particularly Hong Kong and Singapore, and why not Malaysia and Indonesia, too? And let’s not forget the USA, which also offers very  interesting possibilities in this regard. 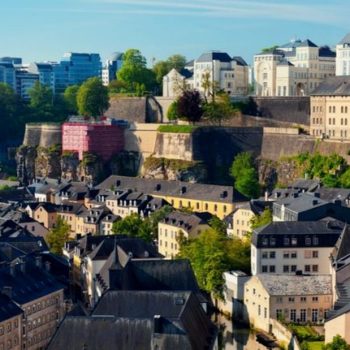