Meeting at the Finnish Embassy in Kyiv

Meeting at the Finnish Embassy in Kyiv

The business season 2012-2013 was opened in Kyiv by a meeting of members of the Finnish business community in Ukraine and Mr. Pertti Torstila, the State Secretary of the Ministry of Foreign Affairs of Finland. This event took place in a friendly and welcoming atmosphere at the residence of Ms. Arii Makkonen, the Ambassador of Finland to Ukraine. Representatives of Awara also attended this reception.

The State Secretary is the highest permanent public servant in the Ministry of Foreign Affairs of Finland and as such has over-all responsibility for the activities and organization of the foreign policy administration, as well as the development of personnel policy.

At the beginning of this event, Mr. Pertti Torstila made a brief speech about the current state and future development of Ukrainian-Finnish relations, after which all attending companies were introduced. The achievements of the previous period were discussed during the introductory greetings, including those accomplished thanks to meetings with Ukrainian local authorities headed by the Finnish Ambassador. The plans for the beginning of this business year were also discussed. Most companies have known each other for quite some time now and were pleased to meet after the summer. There were also some new comers, who were warmly welcome in the business community.

Everybody noted the importance to continue jointly working towards the European integration of Ukraine.

And during the buffet, the guests also had the opportunity to discuss possible cooperation with each other.

The Theory of Employee Engagement 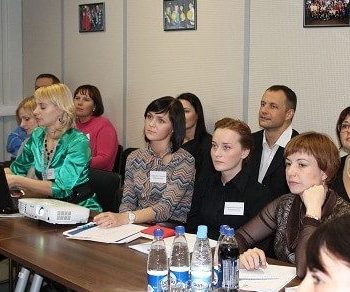