The following article is an excerpt from Awara Russian Tax Guide, the first comprehensive book offering a full overview of all Russian taxation laws and rules. Awara Russian Tax Guide provides insight into the general framework of the Russian tax laws, the Tax Code and its principles. It describes the general rules of the Tax Code Part I and each type of tax and tax regime of Tax Code Part II, among them: Profit Tax, VAT, Personal Income Tax, Property Tax, Employer’s Social Contributions. The book also covers the now so important case law and taxation principles set by court precedents.

Russian statutory accounting rules (RSA – also referred to as Russian Accounting Standards, RAS) are regulated by norms on a hierarchy of four levels. At the highest level there is the Accounting law (passed by the Russian parliament, the State Duma). At the second level  there are the accounting standards (“PBU” in Russian, short for Polozheniya po Bukhgalterskomu Uchetu) issued  by the Russian Ministry of Finance. The ministry derives its powers in this connection from the Accounting Law (article 4 of the new accounting law).

A new accounting law has been enacted in 2011 and will replace the now existing law from the beginning of 2013 (Federal law No. 402). The discussion in this chapter is in reference to the new law if otherwise not indicated. We list below the most important changes brought by the new law.

Recognition of possibility to outsource accounting. The new law now explicitly recognizes that outsourcing of accounting is an option alongside of employing an in-house chief accountant. Accounting outsourcing is, however, not available for banks.

The role and qualifications of chief accountant. The role and qualifications of the chief accountant have been clarified. For most companies, all limited liability partnerships (so-called “OOO companies”) and all joint stock companies of the closed type (“ZAO companies”), there are no special competence criteria set for the chief accountant. Statutory competence criteria have been set in respect to chief accountants of open stock companies (“OAO companies”), insurance companies, and various forms of investment companies. These are not, however, very demanding: higher professional education with a master’s degree in accounting and audit (this criterion is, however, waived if the person has 5 years experience of accounting and another form of higher education), 3 years experience, and no conviction for economic crimes. Hereby the law does not require that the person responsible for the accounting is particularly a chief accountant, recognizing the possibility that “another officer of the firm” can be entrusted this function. Thus the function could be given, for example, to a chief financial officer, or outsourced as it was said above.

The competence criteria for chief accountants of banks and credit institutions are set by the Central Bank.

Flexibility with source (primary) documents. An important change in the law has to do with source (primary) documents which must be in place to support the accounting transactions. The law scraps the earlier requirements to standardized document forms that are a hangover from the Soviet system. Now the template for source documents will have to be adopted by the company itself with approval by the chief executive officer. In other words, once the law comes into effect, every company will be free to use its own forms and documents. In addition, the law now allows for the primary accounting documents to be drafted in digital form and hence be approved by a digital signature. – See below for more details.

Branches and representative offices (or other subdivisions) of foreign companies may waive the requirement to keep statutory financial accounting (bookkeeping) books as long as they follow the tax accounting rules prescribed by the Russian Tax Code (keeping of all the necessary tax ledgers for each type of tax applicable to the entity’s business). However if the business operations amount to a taxable permanent establishment, then full accounting is required.

The new law now removes the requirement that documents relating to monetary operations be approved jointly by the director and chief accountant, allowing for companies to adopt their own internal policy for such approvals.

The PBUs issued by the Ministry of Finance are largely based on International Financial Reporting Standards (IFRS), with each new amendment aimed at bringing RAS closer in principle to IFRS.

In addition to the PBUs the Ministry of Finance regularly issues detailed instructions as to the application of the PBUs in specific situations. Examples of such instructions are the compulsory unified chart of accounts that all Russian firms must use and the detailed instructions on how to calculate the cost of goods sold. The standard chart of accounts is prescribed for all Russian companies by the Ministry of Finance (Order No. 94n). According to the chart each balance sheet and income statement account is given a two digit number. This two digit coding must be adopted by each company and cannot be changed through adoption of internal accounting procedures, but naturally they may be adapted to specific requirements by introducing a needed amount of subaccounts.

We may consider as the fourth level of regulations the rules that the company (or entrepreneur) establishes within the framework permissible by the government regulations. These concern areas which are not completely covered by the law, or where the company is left with a choice. The regulations individual to the company are set in its ‘accounting policy.’

The Russian Tax Code requires taxpayers as well as permanent establishments (PEs) to keep separate accounting records for tax purposes. As with many other countries, tax accounting rules differ from statutory financial accounting principles. This can create major differences in calculations, specifically for example in regards to the treatment of depreciation, reserves, interest expenses (capitalization or deductions of interests) and losses. For many companies the existence of separate Tax Accounting rules means a third set of books must be kept alongside the Russian Statutory Accounts in addition to the books kept in accordance with some international accounting principles such as IFRS and US GAAP.

Russian Accounting Standards vs. International Standards Such as IFRS and USGAAP

During the time of the Soviet Union, accounting in Russia was traditionally used for statistical purposes. All enterprises reported only to the state and accounting was largely put in place for the benefit of the state only.

Since the break-up of the Soviet Union in 1992, Russia has undergone radical changes to shift from a centrally planned economy to a market economy. In doing this, the shift in accounting policy had to reflect a shift in process for accounting, from a system of state economic administration to a process of the private business community. This posed problems for the traditional accounting system, as a shift also had to occur in regards the end use of accounting records. With the new market economy, financial reporting had to be put in place that satisfied the requirements of investors, creditors and other interest holders. This contrasted to the previous state system.

In more recent years, this initial transition has been accelerated even further through by the Russian Government identifying the necessity to align Russia’s accounting principles with those of IFRS. Although this alignment has taken place to some degree, the previous state-centered traditions have still negatively affected the contemporary development of accounting policy. While there are now some principles resembling those of IFRS, the implementation of these principles in practice still have some flaws.

The problems are often caused by the restrictions that prescribe that a source document has to be in place before specific accounting entries can be made. As a consequence, accounting statements prepared according to RAS do not necessarily show the true account of accruals and do not convey a true and fair value of the assets or liabilities of the entity. Therefore, in order to understand the financials of a Russian company in a true and fair view, the statements need to be restated in international accounting standards such as IFRS (International Financial Reporting Standards), US GAAP (US Generally Accepted Accounting Principles) or any other standard used by the parent company. In doing so, there are a number of difficulties to overcome.

The main shortfall in the development of RAS in comparison with IFRS arises from the fact that the accounting principles still favor the tax authorities as the main recipient of the information. This is in direct contrast to IFRS basic root principles, in that financial and accounting information should be produced specifically in the interests of accuracy and fairness towards shareholders and relevant stakeholders.

Form over substance – Russian administrative practice in all fields of activities and life is quite formalistic. As a consequence of this obsession with form, Russian accounting practice has been quite slow to adapt to IAS rules where subjective judgment is often needed. In addition to this, RAS is in theory ‘substance over form;, whereas in reality it is ‘form over substance’.

This means that in fact a professionally managed Russian subsidiary company has the needed to make financial reports on four different levels:

Some categories of companies in Russia will have to keep their accounts according to IFRS following recent changes in law: Ministry of Finance order On Implementation of IFRS and Interpretation of IFRS in Russia (n160 of 25.11.2011) and Law on Consolidated Financial Statements (No. 208-FZ of 27 July 2010). IFRS will become mandatory for banks, insurance companies and other companies listed on a Russian stock exchange, and companies intending to offer shares to the public (to more than 500 investors) (Federal law N 39 – FZ ‘On securities market’ of 22.04.96, art. 30(4)2) and regulation of Federal Service for Financial Markets N 11- 46/pz-n ‘On disclosure of emitters’ information regarding issuance of securities’).

The official date of transition (for these types of companies) is 1 January 2011 (if they have not applied IFRS previously). The first IFRS consolidated financial statements must be audited and filed by 30 April 2013 and published by 31 May 2013.

If a listed company is presently reporting under other internationally recognized standards, for example, US GAAP, then such a company must prepare its first consolidated financial statements according to IFRS for 2015.

accounting in russia, audit in russia 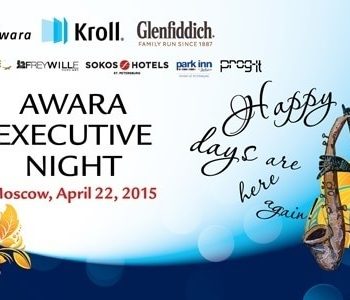