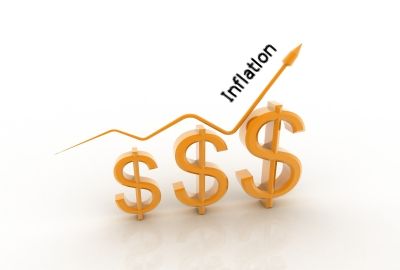 In a recent report, we revealed the outrageously widening income and wealth gap and sinking standards of living in the United States. In reality, the situation with income and wealth inequality and stagnating wages could be yet much worse, because there are obvious problems with the official inflation figures, which are designed by the government to understate actual prices increases. To start with the inflation measure employed by the Federal Reserve (CPI) is a broad average purporting to reflect prices increases for all consumer goods and services. Herein lies the initial problem as the consumption habits of Americans are so different. Some of the products whose prices have risen less or decreased tend to be those that have a bigger weight in the purchases of the rich, whereas prices for goods and services that represent a bigger part of what the less fortunate (i.e. 80% of Americans) need have gone up much more. Especially this concerns, healthcare (both health insurance and medical care), education, and housing (in particular what concerns first-time homebuyers and rentals), which all have risen substantially more than wages over the last two decades. This is perfectly illustrated by below chart, which shows how much said services have risen over average pay rises.

The second serious problems with the way inflation is measured in the US stems from a deliberate attempt of the authorities to understate real inflation. The most egregious stratagem is the method employed since 2012 based on the Orwellian concept of “constant level of satisfaction.” By this formula the government manipulates the contents of the inflation measurement basket so that, after persistent price rises, items that consumers no longer can afford are replaced by lower cost alternatives. This is the US government’s version of “Let them eat cake.” If the peasants cannot afford beef, let them eat chicken. When the price of beef has gone up so much that people stop consuming it in former quantities, the government excludes beef from the index (or reduces its index weight). Then voilà, the inflation disappeared. Once you cannot afford beef anymore, then the price of it doesn’t matter, and thence the cost has not gone up. Logical? According to US government, yes. Following this logic, when people cannot any longer afford anything but bread (considering that pizza essentially is nothing much than bread, this is already the reality for a huge number of Americans), then there is still no inflation as all the better quality food has been purged from the index.

In summary, we could say that this method does not anymore measure inflation but the cost of maintaining the peasants. A falling standard of living is precisely what the actual inflation causes, and that’s what the government tries to cover up. Here’s a good source for further reading on this incredible topic: The CPI Understates Inflation Skewing Our Expectations.

Another of the government’s tricks employed for understating inflation is to declare price hikes as being motivated by “innovations” and “quality improvements,” in which case they would not be recorded as inflation but great new economic output. Basically any change regardless of actual enhancement of the consumer experience is regularly declared as such improvements. And, then voilà, the inflation disappeared.

A special trick in the bag is the way the government calculates an imaginary imputed rent. They estimate the cost of housing based on what homeowners theoretically would pay to rent their own homes from themselves. (This is called, “homeowners’ equivalent rent of residences.”).[1] This imaginary imputed rent plays a very prominent role in the inflation index, having a 24.6% weight in it, whereas actual market rentals only count for 7.9%. At the same time the market-based rentals have gone up significantly faster, as seen from below chart. We argue, that only the market measure should be recorded in the official inflation calculations.

Of particular concern is also the weight that the government assigns to particular expense items in the inflation index. The things that consume an ever-growing part of the (former) middle class’s income – housing, healthcare, education – do not have the proper weight in the index. As a result, it looks like cost of living hadn’t gone up as much because people do supposedly not spend so much money on these necessary services.

Economists like Paul Craig Roberts have argued that the inflation measures are tampered with in order to avoid cost-of-living adjustments for Social Security recipients and worker’s contracts, which would be due when according to actual inflation.[2]

Similar tricks are performed to manipulate the producer price index which is used to deflate nominal GDP in order to measure real economic growth.[3] Simplifying, we may say that GDP growth is also price rises minus the inflation, GDP being the estimated price of all output of goods and services So, when you understate inflation, you deduct less from the price rises. And voilà you can boast of a higher GDP growth. Less these tricks, the US GDP growth has in the last decade been much smaller than the government wants us to believe.

To illustrate how big the differences can be based on various methodological choices, let’s see how those can be reflected in the trends on growth of real inflation-adjusted household income. The Census Bureau – the government office that reports on the median household income – has replaced the more common CPI-U inflation measure in favor of the CB’s own CPI-U-RS. The CB’s method – predictably – shows (below chart) a better dynamics for household income than was actually delivered when researchers readjusted the statistics with the common measure.[4]

(Since the late 1990s, the two measures have largely converged).

[2] The State of the Economy

[3] The State of the US Economy. Poverty and America’s “Mega-Rich”. Rigged Markets and the Collapse of the “Real Economy”. 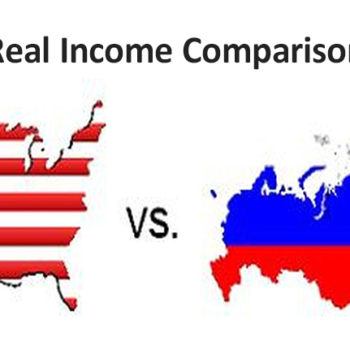 Major Changes in Russian Legislation for Business in 2020 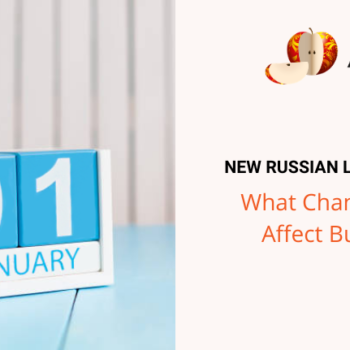