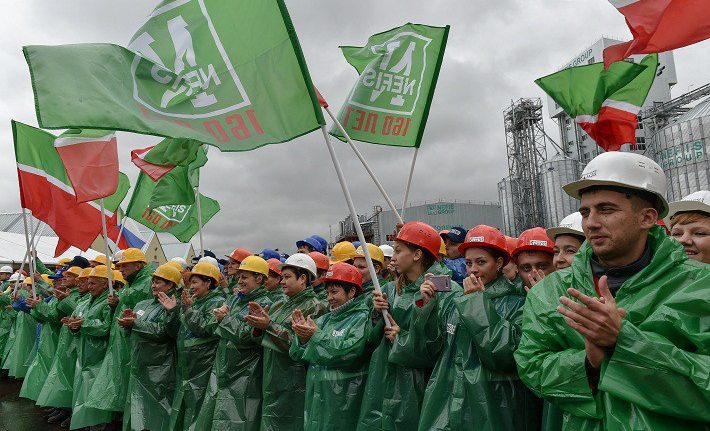 Russian Unemployment with 5.3% in July nears Historic Lows despite Sanctions

The unemployment rate in Russia dropped in July to 5.3%, not far from the record low of 4.8% a year ago. Notably the number of the economically active population (those working or looking for a job) simultaneously grew from 76.5 to 77.2 million. This shows that real gains were made on the job market.

The unemployment rate must be considered the most accurate indicator of the real health of the economy as the other core indicators such are too much subject to estimations and conventions. Here we then have solid proof that not all is bad in the Russian economy as the press would have it.

According to some malicious and mendacious press reports the low unemployment rate is a mere chimera. The Russian government has supposedly attempted to save jobs in economically unviable areas in order to protect social stability rather in the way it was done during the planned economy in the USSR. This is what Bloomberg claims in a story of August 18 titled Putin Revives Soviet Deal of Pretend-Work-and-Pay to Hide Crisis. This comes against the better knowledge we have about a slew of announcements of downsizing and shedding of workforce at Russian state owned corporations and authorities. Indeed the Western press has been regularly gloating during the last few months over the reports of mass redundancy with headlines like these:

At the end of this article, we will provide a brief digest of such press clippings for the education of those in doubt.

It becomes remarkably clear that the unemployment has gone down against the backdrop of simultaneous mass layoffs and restructuring. The only proper way to interpret this is that the Russian economy indeed is resilient and that a real modernization of Russia’s economy is underway with new viable ventures absorbing the labor force made redundant.

Bloomberg continues its lamentation (or euphoria?) about the Russian job market by referencing to a recent OECD report on labor productivity in various countries. According to that report, Russians would be the least productive workers in Europe, as The Moscow Times interprets it. This is of course total nonsense partly based on Academic drivel and partly on calculation errors. The Academic drivel part lies in the entire notion behind this measure, the idea that by dividing a country’s GDP by the number of hours worked would yield the productivity of the worker. (Let’s be fair, the question is in fact about the productivity of the economy as a whole including – and to a big degree – its management. By referring to low productivity of workers, The Moscow Times only wanted to add insult to the story.) We have in this study from last year criticized this idea of trying to derive measures of labor productivity from the GDP figures. The GDP measures the value of goods and services produced and not the productivity. A lot of macroeconomic actions and events affect the GDP, such as taxes that push up the general price level and hence GDP in high-tax countries. Borrowing at all levels of the national economy, government, corporations, and households increase GDP and therefore the base for calculating this faulty labor productivity measure without any real improvement in actual labor productivity. The more leveraged an economy is, the better this skewed labor productivity looks.  – We could then argue that the Russian worker is particularly inept in participating in the debt-binge that is so totally defining the behavior of his Western peers.

But that’s not all. Not content with distributing such products of fantasy, the OECD also made a major calculation error. In their method they purported to use the GDP adjusted to purchasing power (PPP). Considering the significant devaluation and the volatility of the ruble during 2014 (the year of OECD refers to), it is indeed a daunting task to determine both the base nominal price of the hour of labor and the PPP coefficient. It seems to us that the correct adjustment coefficient should be closer to 3 than the 2 that OECD used. This would radically change the ranking of Russia in this Academic leisure game.

Finally, we must draw attention to one more gross error in the Bloomberg article. They claimed that “Putin” now has “some of Europe’s most restrictive labor rules”. Nothing could be further from the truth as any practicing lawyer or business executive in Russia knows. Russia has some of the most lenient rules (from point of view of the employer) in Europe allowing mass layoffs by mere giving of a two-month notice without being restricted in this by cumbersome labor union rules and legal restrictions.

What follows is a brief digest of some of the news of frequent mass layoffs at large Russian corporations and government. Reading these one wonders who is pretending, Bloomberg or Putin!

Tells: “Large layoffs have begun. The Moscow construction sector has seen 100,000 people being laid off. We see signs of crisis in the auto industry,” (Alexey Kudrin interviewed)

Tells: “AvtoVAZ, [maker of Lada cars] will shed 27,600 jobs under an agreement negotiated with unions. Management had earlier sought to cut some 36,000 positions.”

Tells: “Russian President Vladimir Putin has signed an order reducing the maximum number of staff on the Interior Ministry payroll by 110,000, or about 10 percent, according to a document posted on a government website on Monday.”

Tens of thousands of officials will be dismissed

Tells: “Prime Minister of Russia Dmitry Medvedev has ordered to reduce the number of officials at the regional and Federal levels by 10%, which is about 150 thousand people. “

Tells: “Russian President Vladimir Putin signed three new decrees into law that will slash government salaries — including his own and that of Prime Minister Dmitry Medvedev — by 10% from 1 May. – The government has also announced plans to cut the number of government officials by 5% to 20%.”

Tells: “A slew of announced layoffs is rattling the domestic labor market, threatening to further undermine a weak economy. // Russia’s two largest banks, state-owned Sberbank and VTB, have joined the country’s biggest carmaker, AvtoVAZ, in declaring significant staff reductions in the upcoming months. // [VTB Group chief] Kostin said the group would consolidate some operations, leading to the layoffs. // Sberbank, the country’s largest bank by assets, said it would reduce personnel to 220,000 people over five years from the 250,000 people that it currently employs.“

“Russia’s other automobile manufacturers have been reducing personnel, too. The General Motors plant in St. Petersburg will be working one shift a day instead of three as of October 1. Ford in Vsevolzhsk, the Leningrad Region, and Volkswagen, in the Kaluga Region, too, have declared they will be working shorter hours.”

Tells: “As part of cost cutting measures, authorities announced last month they plan to close dozens of hospitals and lay off up to 10,000 medical staff. “

Tells: “Russian media reported Thursday state-owned oil company Rosneft could shed as much as 25 percent of its staff as early as next month.” 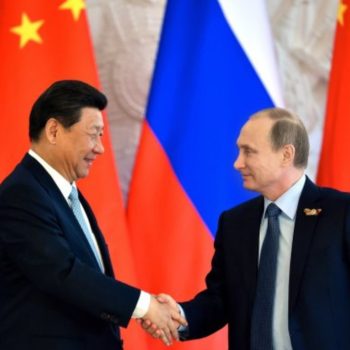 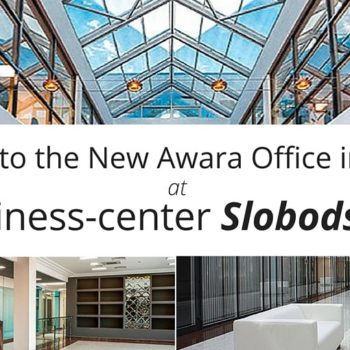