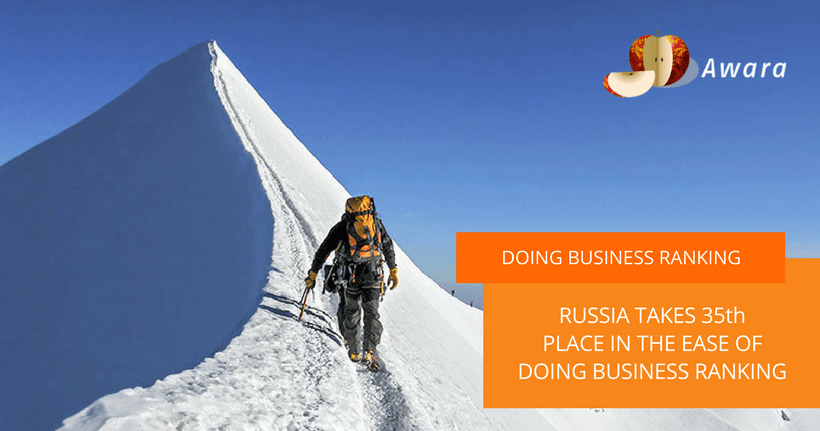 Russia continues its efforts to improve its business climate: this year the country has advanced to 35th position of 190 countries in ‘Doing Business’ ranking by the World Bank (note that only six years ago Russia was ranked 120th). This position can be considered rather decent: Russia’s nearest competitors are Japan, Switzerland, the Netherlands, and France. As in the previous year, the ranking was topped by New Zealand.

The report states that over the past 15 years, Russia has introduced 36 reforms to improve the business environment. Most of the them covered such areas as “Registration of property” (seven reforms) and “Registration of an enterprise” (six reforms). 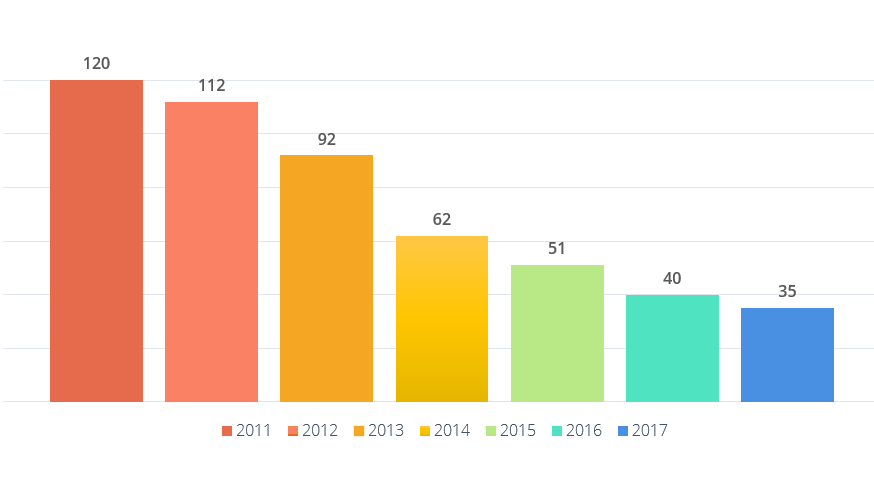 How positions have changed according to certain ranking criteria

Russia has improved its indicator of ‘Distance to Frontier’. This indicator allows to estimate in absolute terms the indicators characterizing the legal regime of the country, and how much they have changed over time.

Among the assessment parameters of the ranking, the best country’s position was at ‘Getting Electricity’ – 10th place (according to this criterion, Russia has risen by 20 positions this year). As RBC reports with reference to the Ministry of Economic Development, this result was achieved thanks to newly introduced opportunity to conclude an energy supply contract before the completion of a direct connection to the network. The World Bank also says that such results were facilitated by reliability of electricity supply and transparency of pricing plans, affordable cost, and ease of connection to the electricity grid. For comparison, it takes only three procedures to connect to the electricity network in Russia (the costs do not exceed 42% of per capita income), whereas elsewhere it is required to undergo five procedures, the cost of which is 1,345% of per capita income.

As for ‘Registering Property’, the country’s rank has deteriorated to 12th position. Here it must be said that Russia has succeeded in reducing the time required for the legal registration of the property transfer: in 2004 this procedure required 52 days, whereas now it takes only 13 days.

In ‘Enforcing Contracts’ ranking, the country has fallen 6 places to 18th position. Even despite some fall in the ranking, it is worth noting the creation of E-courts system, which allows to execute a number of procedures electronically (for example, submit electronic versions of documents, e-service, e-case management, etc.). As a result, the settlement of a commercial dispute in Russia takes 337 days and costs about 16.5% of the claim amount (for comparison, in the OECD countries, the average period is 578 days, and the average cost is 21.5%).

As for ‘Getting Credit’, Russia has risen by 15 places to 29th. The greater credit availability was made possible by the law aimed at improving the collateral registry system.

Russia has fell by 2 places in ‘Starting a Business’ and taken 28th position. At the same time, World Bank experts note that due to reforms Russian registration and post-registration procedures for legal entities were simplified, information exchange between state regulators was improved, and the time for opening a corporate bank account was reduced. Today it takes only 10 days to go through 4 procedures necessary for starting your own business, and 15 years ago it took 43 days (it required 9 procedures). The cost of opening a business has been reduced to 1% of per capita income, compared to 12% in the past.

There’s still areas that need additional efforts in improvement: ‘Dealing with Construction Permits’ (Russia remained at 115th place as in the last year’s ranking) and ‘Trading across Borders’ (this year the country’s been ranked 100th, although it was 140th a year ago).

Among the positive aspects of international trade, World Bank experts draw attention to improvement of infrastructure and introduction of an electronic system for export and import documentation filing (according to the Ministry of Economic Development, this advancement was facilitated by simplification of custom duty payment procedures, speeded up procedures at the Big Port of St. Petersburg, introduction of electronic transit, and a number of other changes). Nevertheless, it is noted that the costs of export and import procedures at the border remain high.

As for ‘Dealing with Construction Permits’, the World Bank reports that the periods for approving and obtaining the necessary permits for the construction of a warehouse in Russia are approximately 50% longer than global average (six years ago this period was twice as long). At the same time, the Economic Development and Trade Ministry notes that when calculating this indicator, reforms made in the sphere of construction are not taken into account: the adoption of land use and development rules in Moscow, the reduced time for issuing a construction permit (from 10 to 7 days this year), and cadastral registration of a new facility without the participation of a developer.

The ranking was somewhat spoiled by the situation with ‘Paying Taxes’ indicator: Russia has dropped 7 places to 52nd. The country’s position was hindered by post-filing procedures and payment of taxes (the indicator reflects the time required VAT refund preparational procedures, time to receive VAT refund, time to undergo compliance procedures required for income tax verification and time to undergo a tax audit). The Minister of Economic Development and Trade stated that they plan to work more thoroughly on this problem.

As for the dynamics in other indicators, we suggest to have a look at the table below. 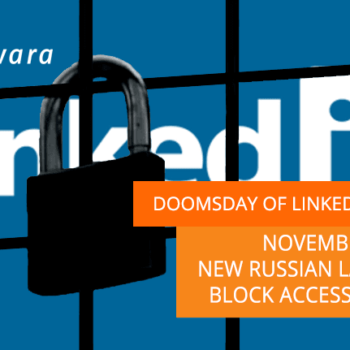