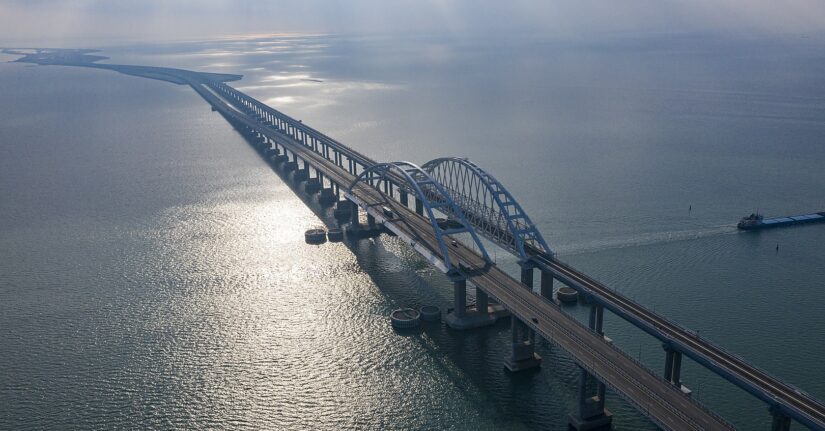 The word pontiff derives from the Latin pontifex, which in itself is the combination of pons for bridge and fex (facere) meaning to make. Probably building bridges was the most high-tech activity in the Roman times and therefore it found its way to denote the most prominent priests in ancient Rome. Later the honorary title was appropriated by the Christian Church to refer to a bishop and today is most often used in relation to the Pope.

But, it is Vladimir Putin that has emerged as the real pontifex-bridge maker of our times. He is of course so in many figurative senses but also in very concrete action. Thing is that Putin has built more bridges in Russia than all the other leaders combined through history. Now, I said Putin has built bridges but naturally he has not built them personally but ordered them to be built and created the conditions for that. The reader will know that Putin’s detractors, both domestic and Western, want to assign every ill that happens in Russia – and for them nothing good has ever occurred in Russia in the last 15 years – to Putin personally. This being the case, we might as well commend Putin for all the progress, in fact, to a big degree it has come about through his personal agency.

The case of bridges is doubly interesting in view of the Western media narrative, which would like us to believe that if there has been any progress at all, then it has merely touched the glistening oil-fueled capital, Moscow. “Go ten kilometers outside the Moscow outer ring road and you will see the real crumbling Russia”, they say.  Therefore, I will offer this snapshot to the impressive infrastructure investments in bridges, which have occurred during Putin’s tenure at the helm of Russia.  Somebody’s got to tell it, because the Russian government is not very good at parading its achievements.

For clarity of comparison, we included in the sample only automotive bridges (no railroad bridges) that reach over a river or water body, excluding any kind of overpasses or overhead roads. If those would be included then the comparison in favor of the after 2000 would be altogether devastating. Same of course if all the bridges beyond the 32 longest would be included. The only exceptions to this rule are the bridges on the Saint Petersburg Western High-Speed Diameter. This is a new expressway through Saint Petersburg which cuts through the Western part on the city over land and sea. These bridges are partly overhead roads over land, but I think it is motivated to include them here. Somebody might not agree with my choice to include the expressway built on the new Saint Petersburg Flood Prevention Dam among bridges, but I would argue that such a construction is even a more solid bridge than just an ordinary bridge.

The crowning glory of all these bridges is the 19-kilometer long Crimean bridge over the Kerch strait joining the liberated Crimean peninsula with Mother Russia. We will therefore keep the title of the longest bridge with this Crimean bridge, although as I argued above, the Saint Petersburg Dam stretching 24.5 kilometers could also rightfully claim the title.

Below follows, a photo-tour to the 22 longest bridges built since 2000. 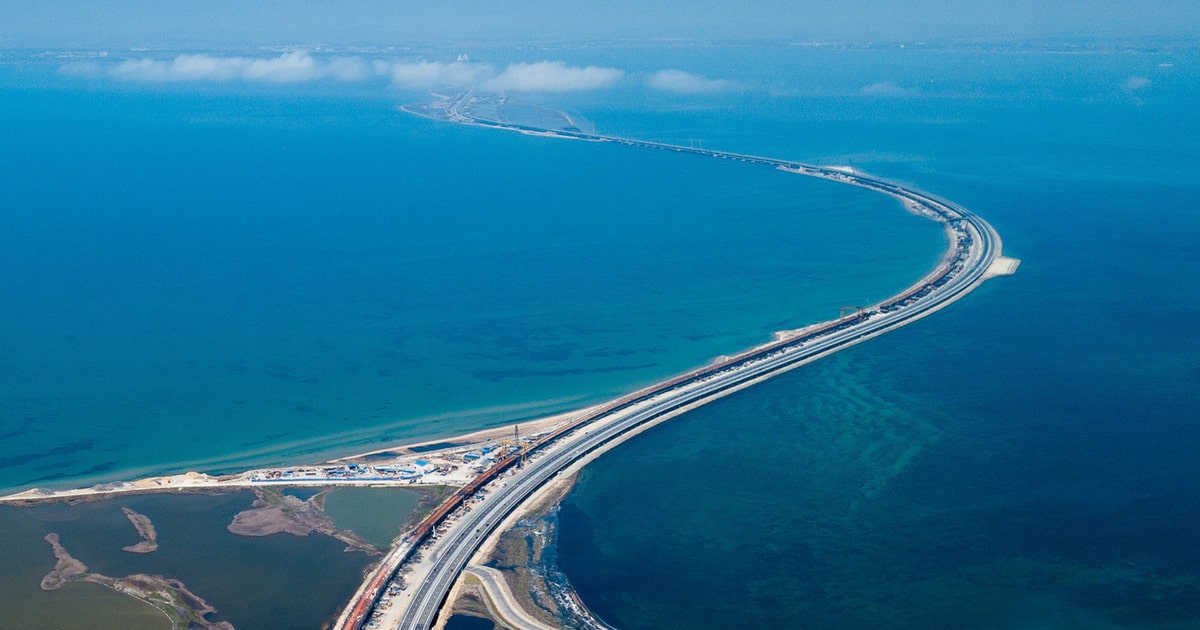 We consider that essentially a road over a flood dam and the flood dam itself are engineering feats comparable to bridges (even more so) and fulfill the same function as a bridge, therefore we have included the Expressway over the Saint Petersburg Flood Dam in our list of bridges. This would also be Russia’s and Europe’s longest bridge, but we will here stick with the convention and leave that title to the Crimean Bridge. This six lane expressway over the dam is part of the new 142 km long Saint Petersburg ring road. 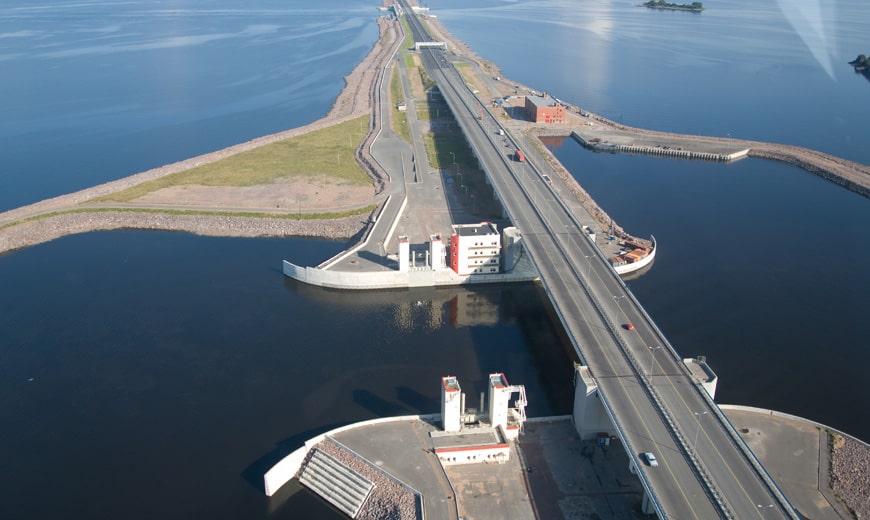 The Expressway over the Saint Petersburg Flood Dam has a drawbridge (1,079 meters) for allowing ships to get through. That one is mainly there in reserve, whereas at the main pass for ships the automotive traffic is organized through a 2 km long undersea tunnel keeping the ship passage open all the time. 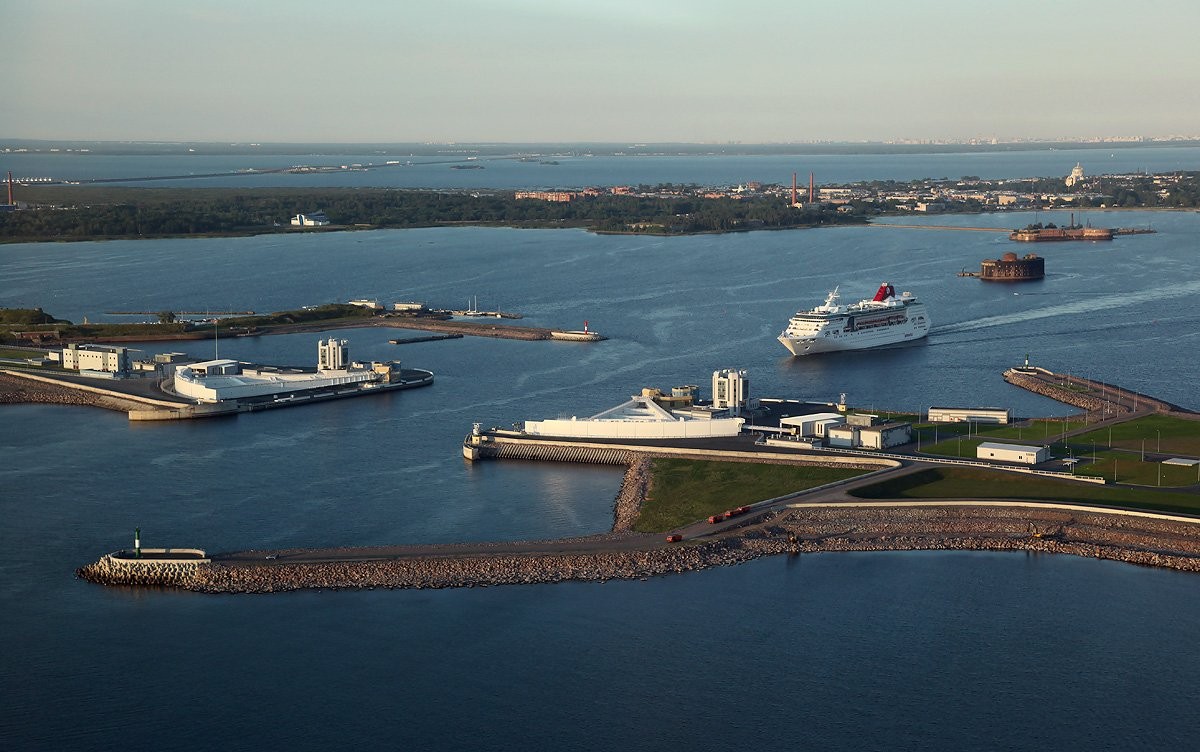 3, 4. The Southern Bridge (9.4 km) and the Northern Bridge (8.8  km) on the expressway cutting through land and sea on the Western side of Saint Petersburg,  fully opened in 2016 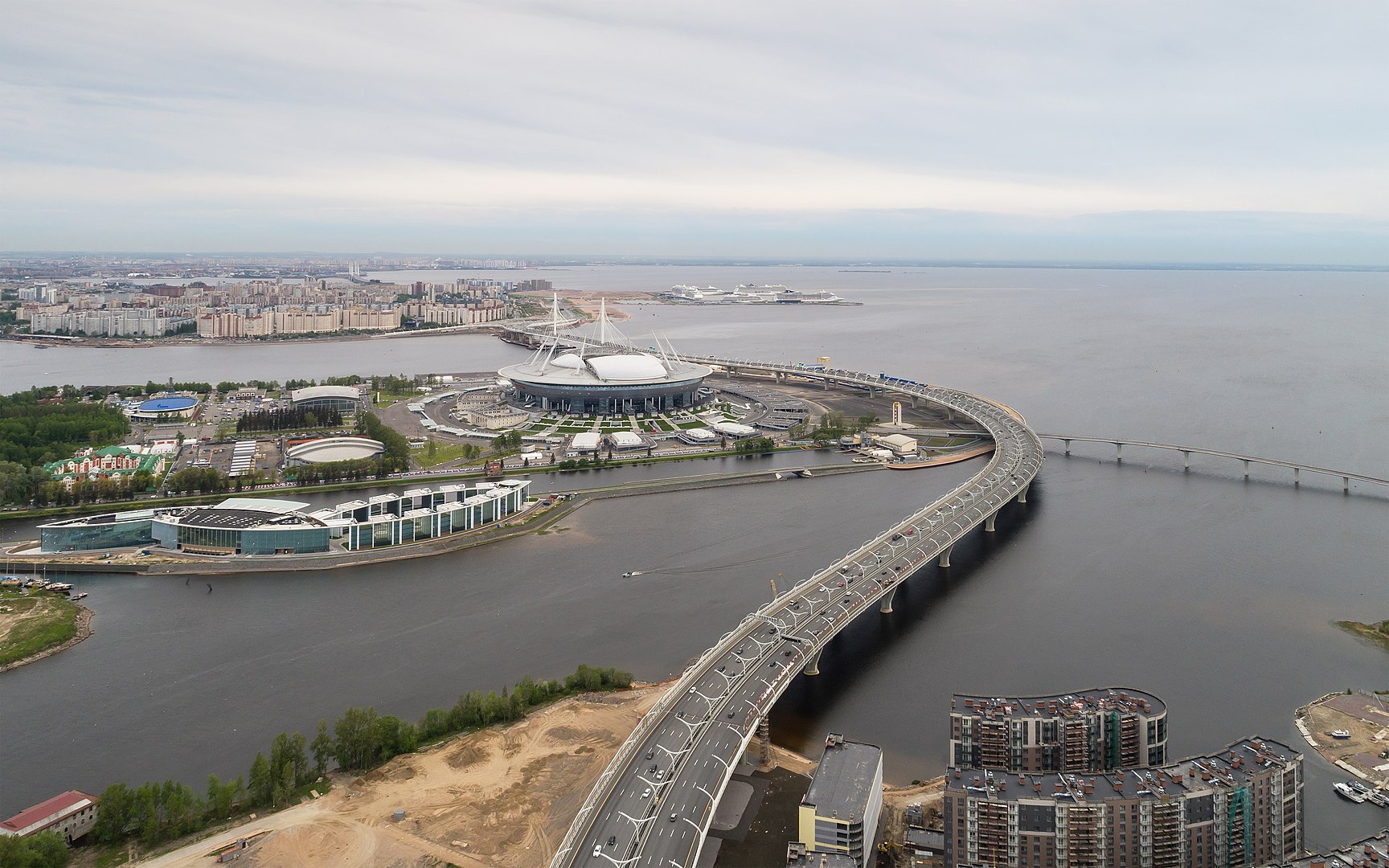 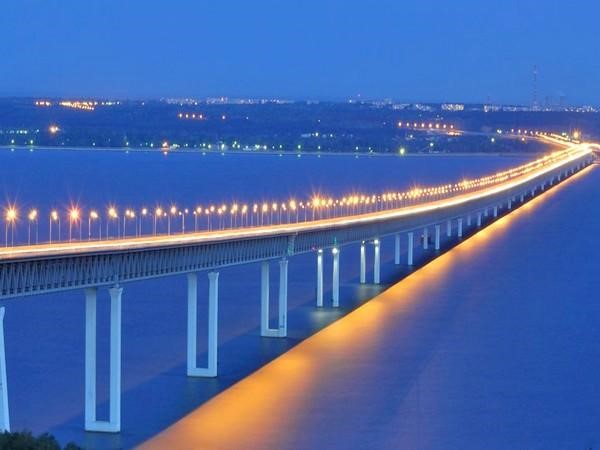 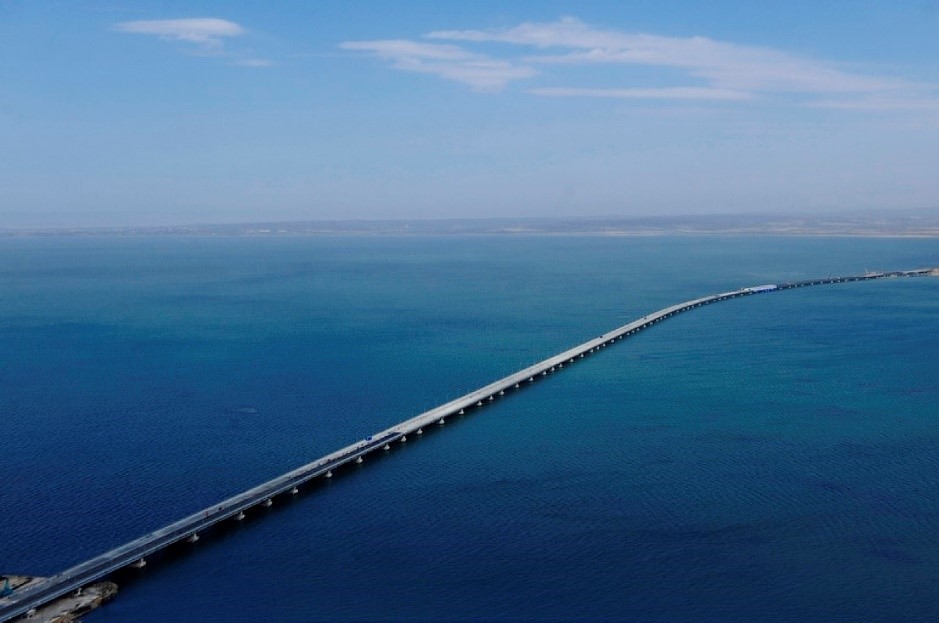 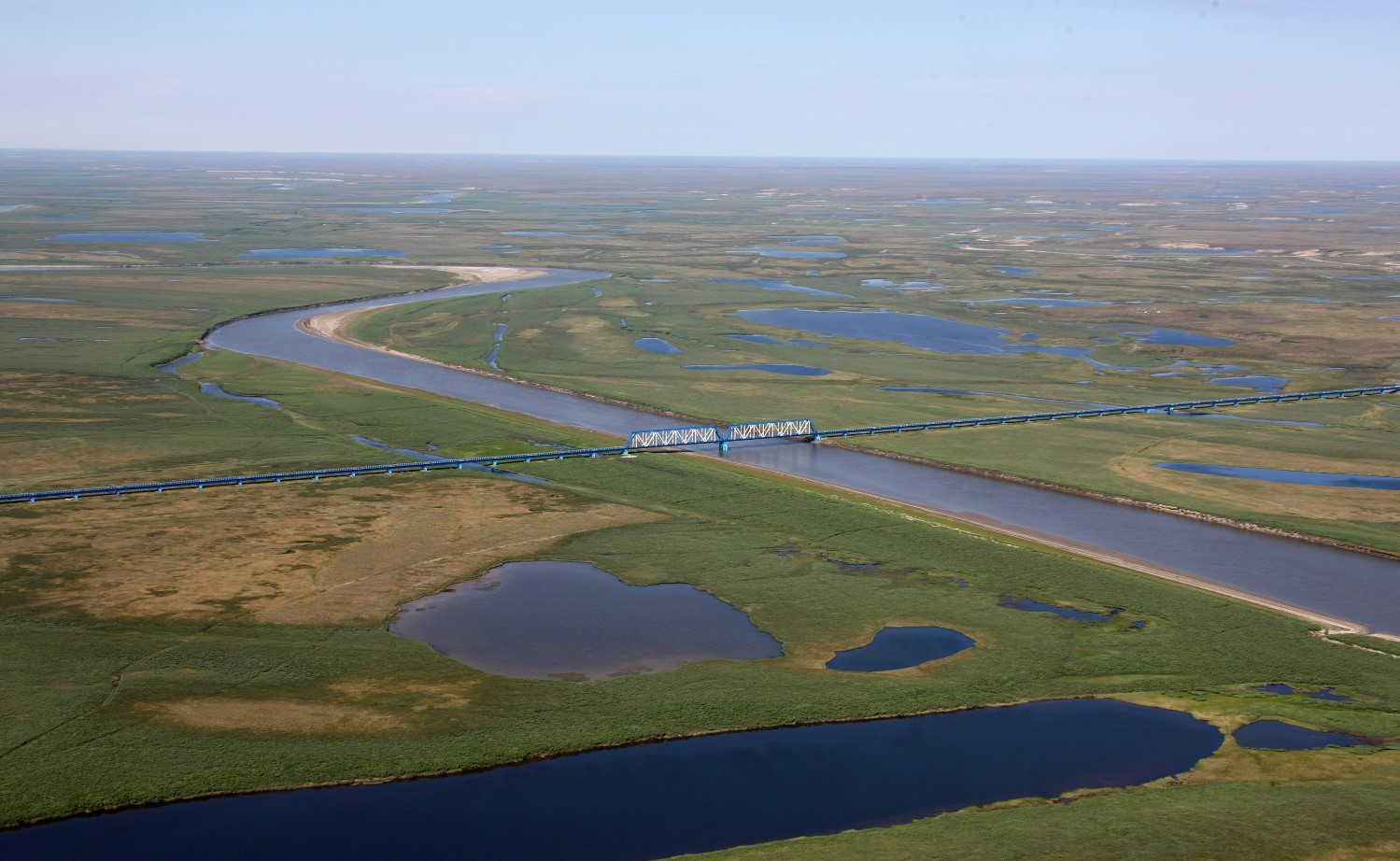 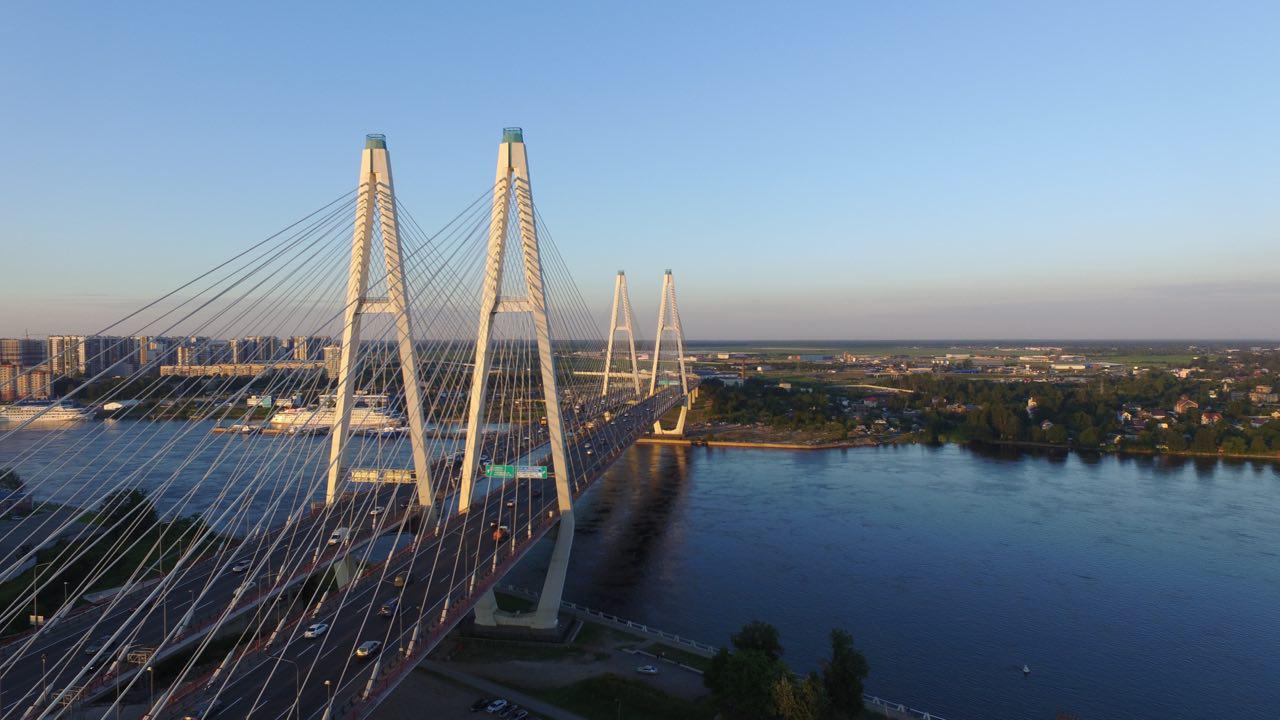 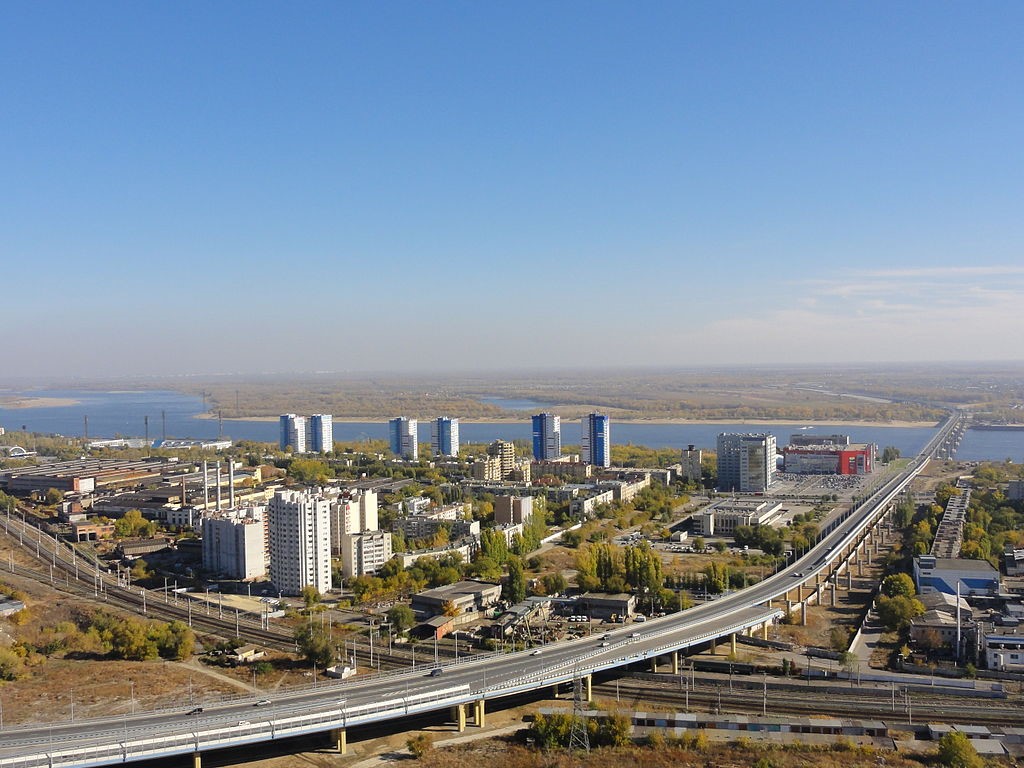 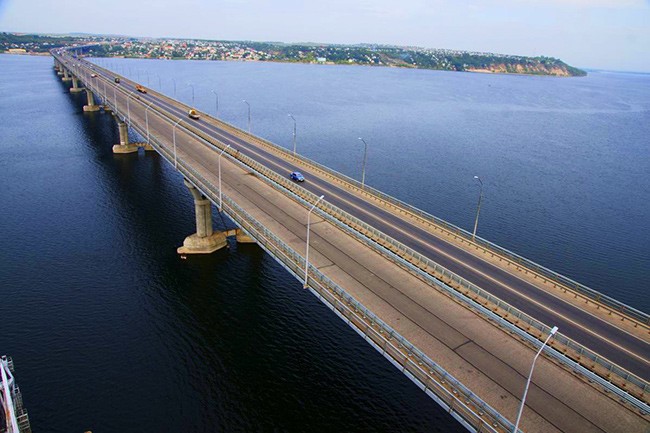 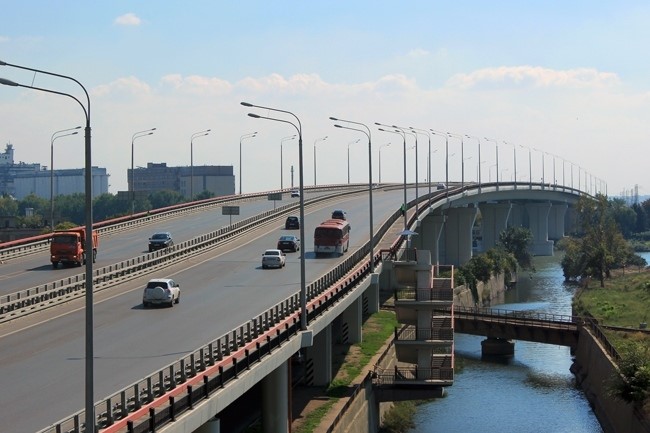 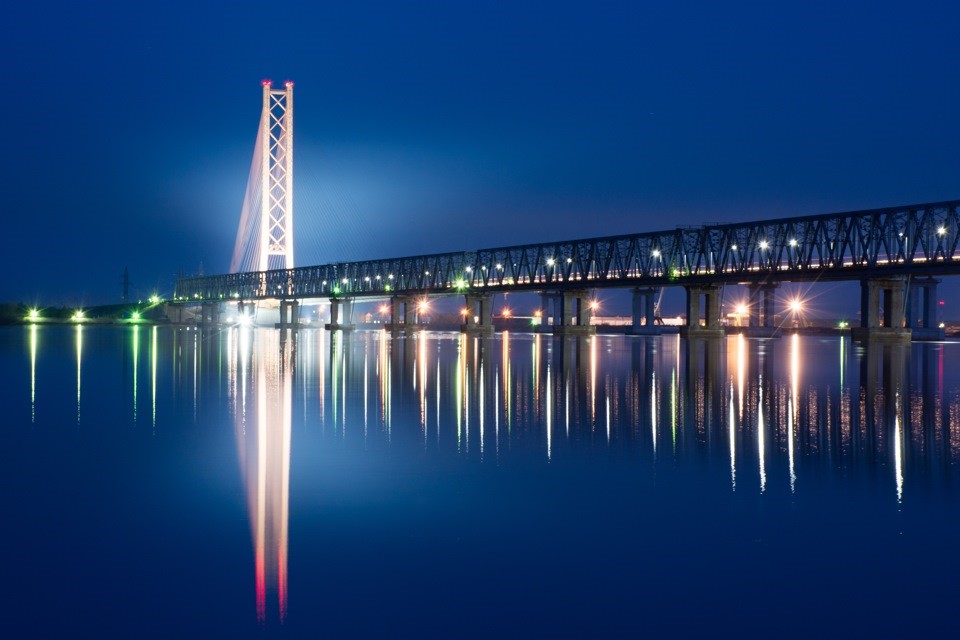 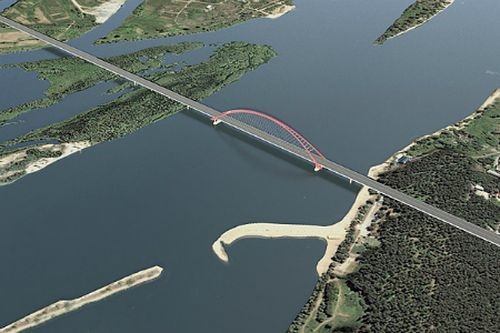 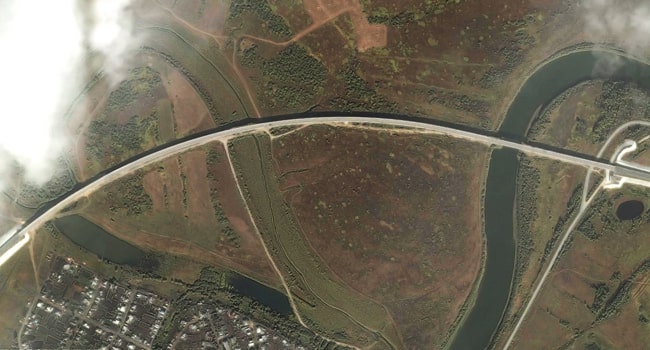 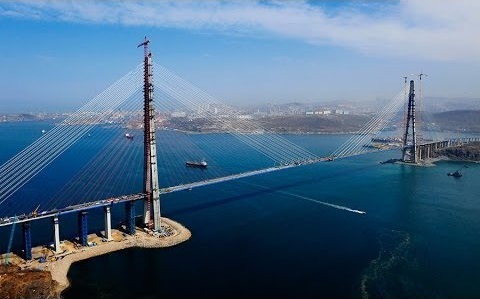 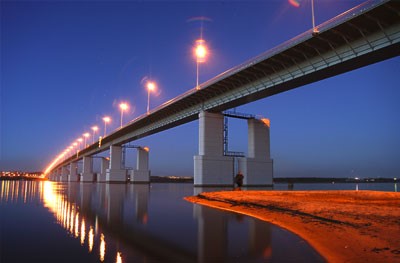 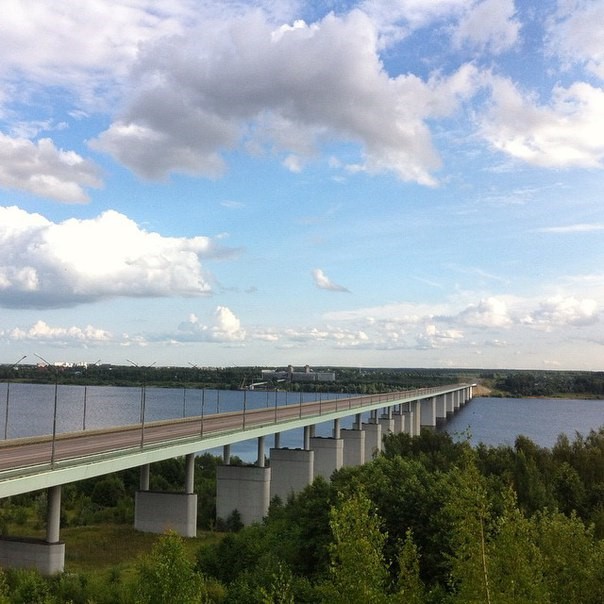 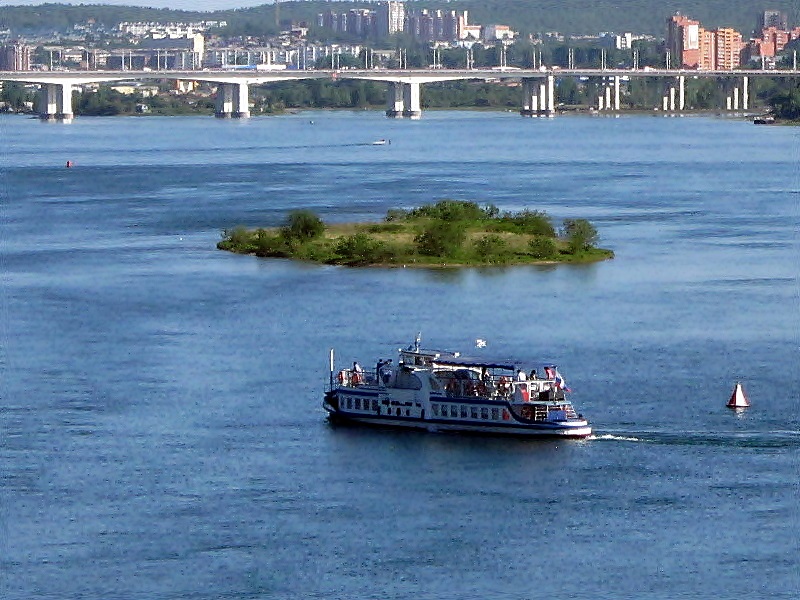 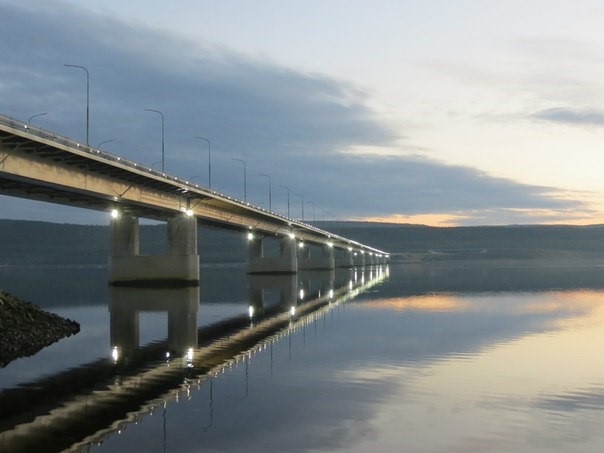 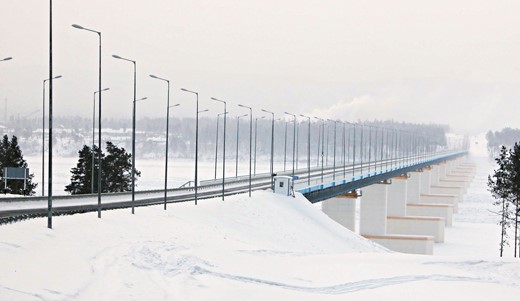 – In fact, the bridge is much longer factoring in its total length stretching 13,967 meters, only the part over the river Kama was 1608 meters. (But for modesty I included only the 1608 meters in the calculations). 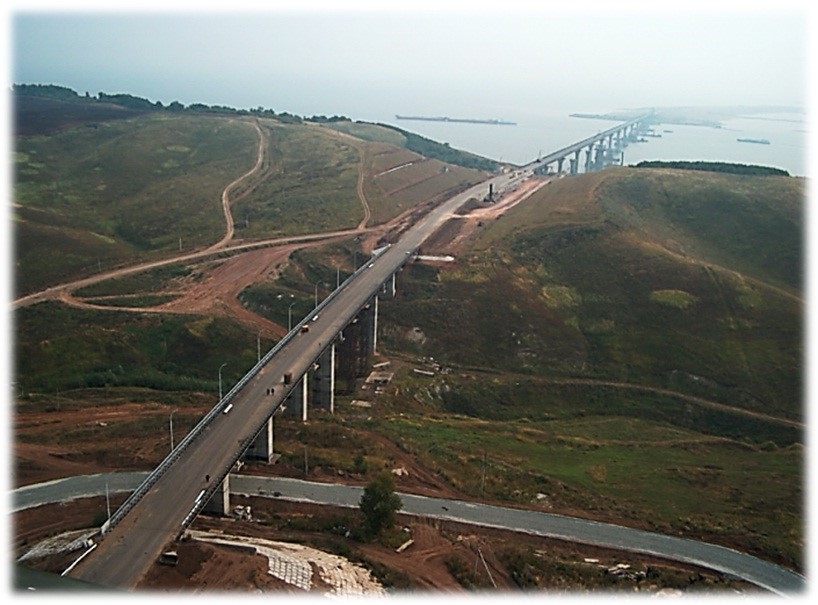 22. The Nikolaevsky Bridge in Krasnoyarsk, Siberia, 1.6 km, opened in 2015. This is the fourth automotive bridge over the river Yenisei in Krasnoyarsk 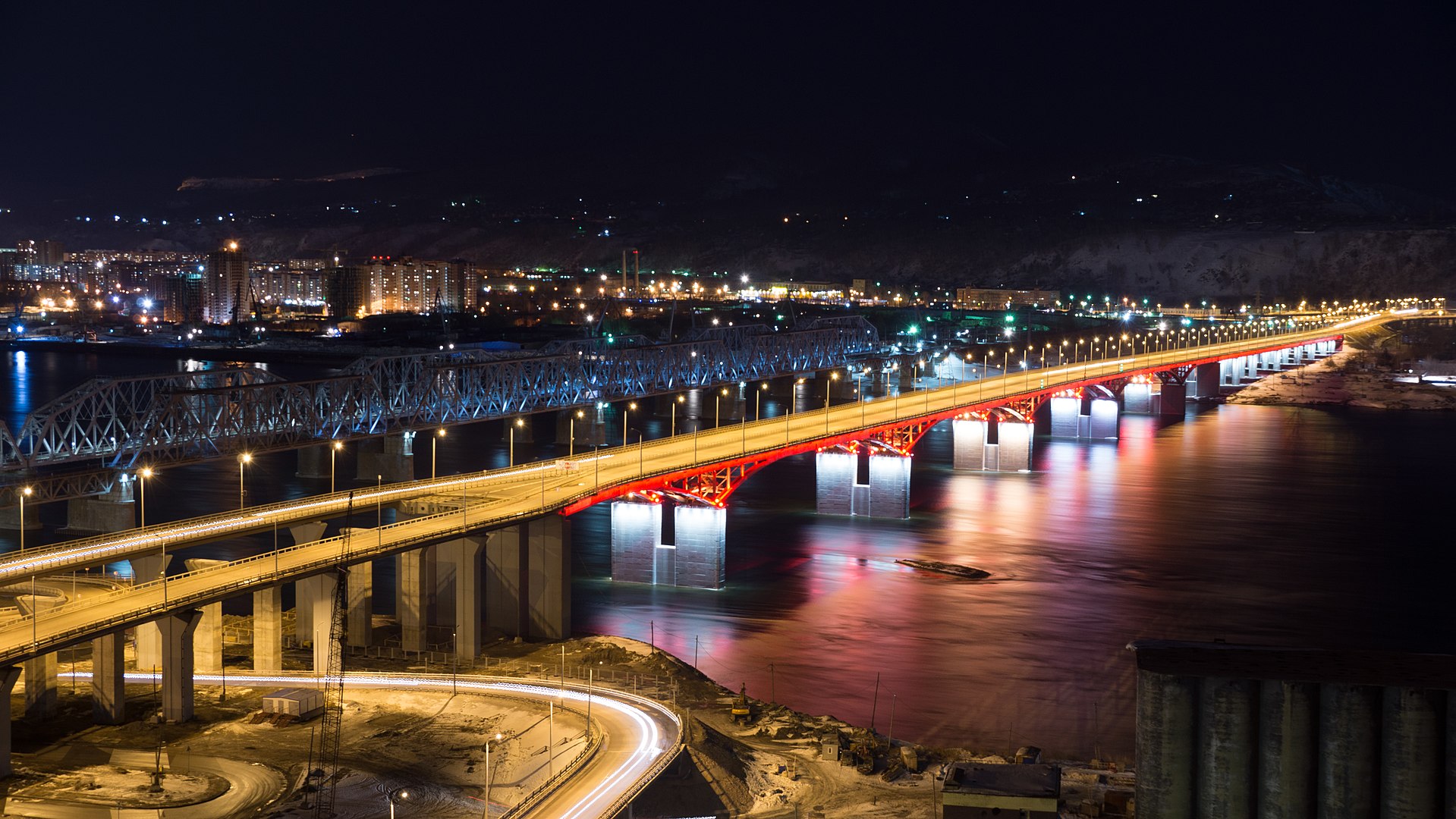 It’s not only bridges but also roads to go with them. We wrote about that in this Awara report: With Putin Russia Is Finally Getting Proper Roads – The Progress is Impressive. In another report in Awara Accounting Russian infrastructure series, you can see all the amazing airports that are cropping up all over Russia: See For Yourself – All the Amazing Airports of “Stagnating Russia.”

And here is our latest Awara report on the Russian economy: Russia’s Economy Strong and Stable – Cold War, Arm’s Race, Liberals and Other Challenges. 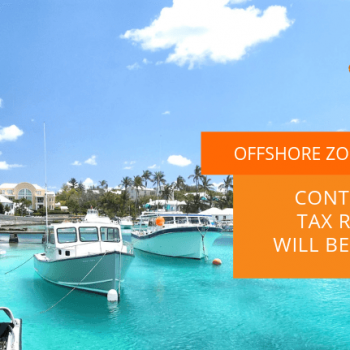