Study on Russian economy. Diversification, Modernization and the Role of the State

Awara study shows Russia’s economy resilient in the backdrop of sanctions. Awara releases study on Russian economy: Putin 2000 – 2014, Midterm Interim Results: Diversification, Modernization and the Role of the state in Russia’s Economy – A Wittgensteinian look at the Russian economy. 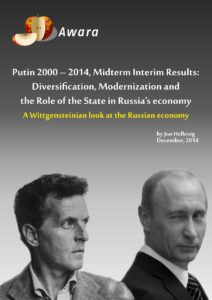 A study released today by Awara, a Russia-based consulting firm, shows that Russia’s economy is not as dependent on oil and gas as is commonly claimed. It researches development of key indicators of the economy from 2000 to 2013. The crisis-torn economy battered by years of robber capitalism and anarchy of the 1990’s, which Putin inherited in 2000, has now reached sufficient maturity to justify a belief that Russia can make theindustrial breakthrough that the President has announced.

The study reveals a range of impressive indicators on the development of the economy between 2000 and 2013 and the health of the Russian economy:

Far from “relying” on oil & gas, the Russian government is engaged in massive investments in all sectors of the economy, biggest investments going to aviation, shipbuilding, and manufacturing of high-value machinery and technological equipment.

We strongly believe that everyone benefits from knowing the true state of Russia’s economy, its real track record over the past decade, and its true potential. Having knowledge of the actual state of affairs is equally useful for the friends and foes of Russia, for investors, for the Russian population – and indeed for its government, which has not been very vocal in telling about the real progress. I think there is a great need for accurate data on Russia, especially among the leaders of its geopolitical foes. Correct data will helpinvestors to make a profit.

Study on Russian Economy. Diversfication, Modernization and the Role of the State in Russia’s Economy 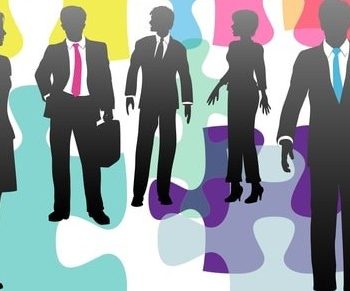