This article is an excerpt from Awara Russian Labor Law Guide written by our leading labor law lawyers. It gives a description and analysis of major legal issues that may affect those who want to conduct a business in Russia. This Guide will certainly serve as a reliable aid in going through this maze of regulative acts and decisions and help the reader to avoid gross mistakes that might result in significant but quite unnecessary losses.

The State Duma (one of two chambers of the Russian parliament) adopted the Labor Code on December 21, 2001, and it was signed into law by President Putin on December 30, 2001. The Code entered into force on February 1, 2002. As of the third quarter of 2014, 70 laws have been enacted that have resulted in major changes in the Russian Labor Code.

All major provisions regulating labor and employment are concentrated in the Labor Code. This Labor Code has brought some remarkable changes in labor legislation. For the first time in history it brings Russian labor laws close to market economy standards.

As in all aspects of Russian society, the Labor Code also puts a heavy administrative burden on the employer. Non-compliance with all these rules will put the employer at a disadvantage in its relations with both employees and authorities. It can be said that many of the legal rights of the employer are born and die depending on compliance with administrative rules on documentation. The Labor Code also adds a heavy administrative burden in the form of the provisions on Data Protection (Chapter 14 Labor Code). This chapter has received even more serious support in the special law “On Personal Data”[1]. Currently, the topic of protection of personal data is one of the most talked about in the business field and among officials.

As a starting point for this summary of Russian labor legislation, it is worth stating that the basic principles of Russian labor regulations are well suited to a modern market economy. This means that a fair balance has been achieved between legislative guarantees for the employee and provisions that allow for flexibility.

The Russian economy and its legislation have been undergoing a transition to a market economy for 23 years now. The road has certainly been bumpy, but it has taken the country quite far. Basic legislation and practices become clearer each year. Uncertainties in court practices on the part of all participants in the process are being reduced. In some areas the results have been more visible than in others. Think about accounting and tax issues. In the mid-1990s, procedures and laws were still very unclear and non-transparent for most participants in the market. Today, the rules and practices are undoubtedly within the realm of a civilized society. The same development is going on in various spheres, and labor law is certainly one where the development has been fast.

The trend of Russian lawmakers regarding implementation of electronic documents is attractive to business, not only in relations between businesspersons, but also in relations between business and government. In fact, this tendency suggests that in the coming years leading enterprises in Russia will be able to do without burdensome paperwork entirely.

In order to ensure the rights granted by law, the employer will, however, have to make sure that the human resources function within a company is capable of managing all aspects of labor in a fair, transparent and secure way. Russian labor law allows that the interests of both employee and employer are served, but calls for a multitude of issues to be considered. This Awara Russian Labor Law Guide is intended to help management cope with these issues on a general level, and the HR manager on a more detailed level.

This Guide lists all the major documents that have to be in place. Among these are labor contracts, company policies and statutory supporting documents. The major provisions of these documents are further elaborated in this Guide.

Being a considerable move toward a modern legal framework for labor issues, the Code is nevertheless flawed and inconsistent on many occasions, as will be shown below. Sometimes it fails to envisage certain contingencies which are usually foreseen by legislation in modern legal systems (this can be exemplified by its total silence on the issue of voluntary work).

Since the moment it took effect in 2002, the Labor Code has undergone repeated amendment; however, its main provisions remain unchanged.

One of the largest packets of amendments was adopted in 2006. These amendments do not affect the basic tenets of the system currently at work, but they are numerous and some of them are worth noting in this Guide. For instance, it proposes to deny application of internal rules and contractual provisions which diminish the guarantees provided by law (Art 8 Labor Code). Since previously this was not clearly provided for, employers acquired the habit of issuing internal rules to circumvent particular guarantees. This amendment certainly requires judicial interpretation, because it is often open to doubt whether a particular internal rule would improve or diminish the position of workers. For instance, the Labor Code requires that salary be paid at least twice a month. But in real life it is often paid once. Sometimes it is done with the employee’s consent, sometimes without it. Can such a practice always be viewed as a diminishing of workers’ rights or not?

Among other changes, the following could be highlighted:

Starting on October 6, 2006[2], rules in the Labor Code relating to the protection of personal data have repeatedly been introduced and amended. Most of the rules applicable to the employer, however, are governed by a separate law on personal data[3]

On September 1, 2007, a law went into effect introducing into the Labor Code provisions on minimum wage in the regions of Russia[4]

Taking effect on March 30, 2008, Chapter 54.1, regulating the labor of athletes and coaches, was introduced into the Labor Code[5].

A law[6] that took effect on May 1, 2009 had serious implications for the regulating of audits of compliance with labor legislation. The law defines basic guarantees of the rights of businesses regarding their compliance audits.

On January 7, 2011, a law[7] took effect requiring an employee beginning a new job to present to the employer a certificate as to whether he has or hasn’t ever been criminally convicted or prosecuted. This requirement applies only to certain types of positions, such as teachers.

On March 31, 2012, amendments to Chapter 51.1 of the Labor Code took effect, which established certain details in the regulation of labor relations with employees working underground[8]

Amendments[9] came into force on April 8, 2013 introducing into the Labor Code a new chapter governing the labor of those working on a remote basis. These new rules are intended to regulate workers who use the Internet in their work and are not in the office of the employer.

On the same day, an amendment[10]to Chapter 55 of the Labor Code, relating to the management of employees of public corporations and public companies, took effect.

On May 19, 2013, one of the most talked about and yet one of the shortest laws in the history of modern Russian law went into effect, introducing in Russia the possibility of creating works (industrial) councils[11]. This initiative was launched by President Putin and is based on a public hearing, which was attended by German jurists. However, despite this, following discussions the law was passed, but was fated not to be implemented. Article 22 of the Labor Code provides workers the right to establish works councils. The supposition is that the rules of this body will be determined by internal rules of the employer. However, in the absence of any experience of activities of such bodies in Russia, it is doubtful that this will be applied in practice.

On June 30, 2013, a law took effect restricting employment opportunities of some former government officials for two years after leaving public office[12]. The list of such public positions in set out in separate regulatory enactments.

On July 2, 2013, an amendment to the law “On Employment in the Russian Federation”[13], took effect extending the concept of discrimination and establishing administrative responsibility for the dissemination of information about vacancies that contain discriminatory restrictions. Besides administrative responsibility for discrimination, the new law imposes liability for the placement of information about vacancies containing “discriminatory restrictions”.

On September 1, 2013, changes to supplement the provisions of the Labor Code on safeguards associated with combining work and study[14] entered into force. These changes are associated with the passing of reforms in Russian higher education. The same law introduced amendments relating to the labor of teachers.

On January 1, 2014, a law on special assessment of working conditions[15], which made significant changes to the Labor Code, went into effect. With this law the procedure of certification of workplaces has been replaced by a special assessment of working conditions. As with the results of certification, the results of the special assessment provide certain guarantees to employees as envisaged in the Labor Code. This law establishes in the Code that it is not allowed to use civil labor contracts to regulate actual employment relations (Art 15 Labor Code). Consequences and ways of requalifying wrongfully entered into civil contracts into labor contracts with employees are in the new Article 19.1 of the Labor Code. Also introduced by this law is Article 67.1, which specifies that if a new contract employee was allowed to work by another unauthorized employee, the employer pays for the labor actually done by the employee for the benefit of the employer, but the labor contract shall be considered not to have been entered into. The absence of this rule until 2014 resulted in contradictory jurisprudence.

On May 5, 2014, the president of Russia signed a law that comes into force on January 1, 2016[16]. This law introduces a direct ban on agency work, which refers to work performed by an employee on the orders of the employer but in the interests of and under the direction and control of another entity. The same law introduced the concept of private employment agencies, which are subject to accreditation and the right to conduct activities for the provision of temporary workers to perform work for the benefit of and under the management and control of another entity. This innovation will be discussed in more detail in the section “Different Forms of Employment”.

As of September 1, 2016, a law[17], goes into effect which requires companiesthat collect and otherwise process personal data of Russian citizens, including in employment relations, to use databases on the territory of Russia. The new law applies even to foreign companies which are not registered in Russia and do not have representative offices (branches) in Russia.

Other changes are noted below in the appropriate sections of the Guide. Generally, this Guide draws upon the latest version of the Labor Code of the Russian Federation. When necessary, it explicitly refers to the preceding regulation as well. 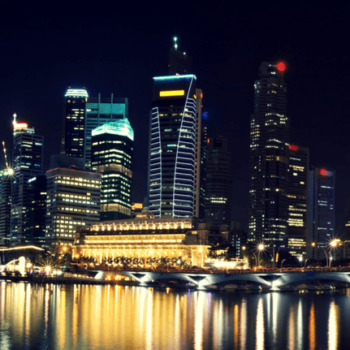 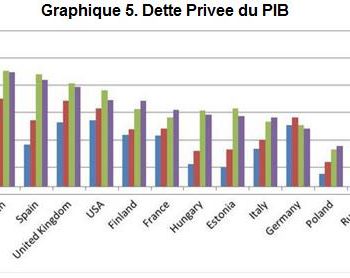