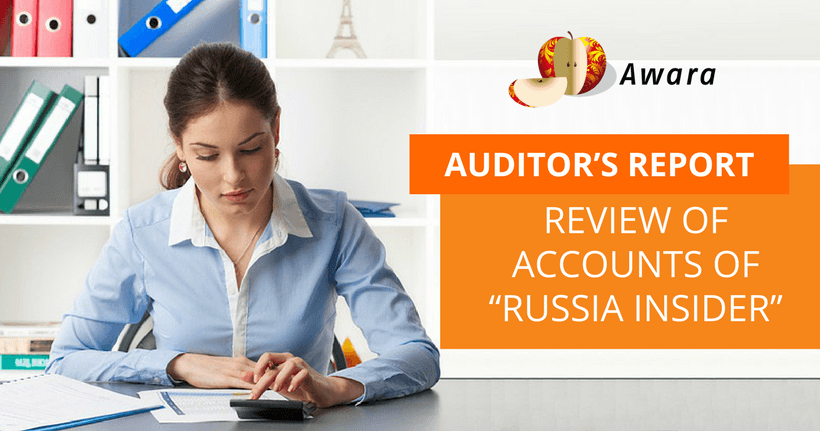 The audit firm of our group, Awara Audit Alliance, has on request of the owner of Russia Insider, Mr. Charles Bausman, conducted a review of its financial transactions. Mr. Bausman has assigned us to share the audit findings with the public by publishing the auditor’s letter in the news section of our site.

To the shareholder of Insider Media LLC, and to whom it may concern,

At the request of the shareholder of Insider Media LLC, Charles Bausman we have reviewed the accounts of the company. We have been assigned by Mr. Bausman to make our findings public for the benefit of the reading public and donors.

Insider Media LLC, a company registered in Delaware, USA, runs the business of Russia Insider.  The accounts of the company and affiliated accounts have been the object of this review.

The object of the review was to verify the appropriate spending of the business revenue.

The total invested capital and revenue for the period was $US 233,927 consisting of:

Note: The proceeds from crowdfunding are expressed as net amounts as there were direct costs connected with them, namely commissions payable to the host platforms (Kickstarter and Indiegogo) and incentive gifts (premium content, books, watches, etc.) which investors were eligible for in return for contributions.

The total expenses (excluding aforementioned direct cost connected with crowdfunding) for the period were $US 233,927.  Of these, salaries (wages, fees) totaled $US 188,086, averaging $US 14,468 per month. The rest, $US 45,840 averaging $US 3,526 per month, consisted of office rent, IT-costs, travel, legal, marketing, taxes and other regular administrative overhead costs.

The editor, Charles Bausman has during the period received for a full-time job an average monthly compensation of $1,155, in total $15,016 from March 1, 2015 to March 31, 2016. Mr. Bausman has not been the beneficiary of any other receipts from the company.

Compensation paid to family and relatives of Mr. Bausman are as follows:

Kristina Bausman (spouse) – legal and accounting – average monthly compensation was $1,318 for the period.

In the first crowdfunding the company committed to spending the revenue ($31,523) entirely on journalists’ salaries.  They fulfilled this commitment, paying in excess of this amount to writers over the next 6 months.

The operating expenses of Russia Insider exceed its income, requiring the company operations to be subsidized by investor capital, which is occurring on an ongoing basis, including from Mr. Bausman.

A substantial part of the payroll was dedicated to CEO, business development, and fundraising positions, starting in June 2015.  This was a deliberate strategy to make the company financially sustainable.  It some areas it was very successful, and in others not, because some of the individuals in these positions were unsuccessful in delivering what was expected from them.  These individuals have subsequently been dismissed, freeing up more resources for journalist salaries.

In our opinion, the accounts under review present fairly, in all material respects, the revenue of the company and its costs. We have not discovered anything untoward, problems with transparency or corporate governance, nor any irregular payments to anybody. 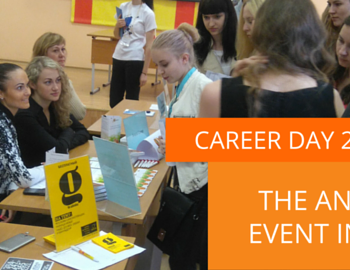 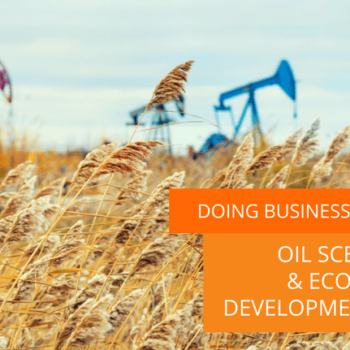