Robotization and Automation: Impact on the Labor Market 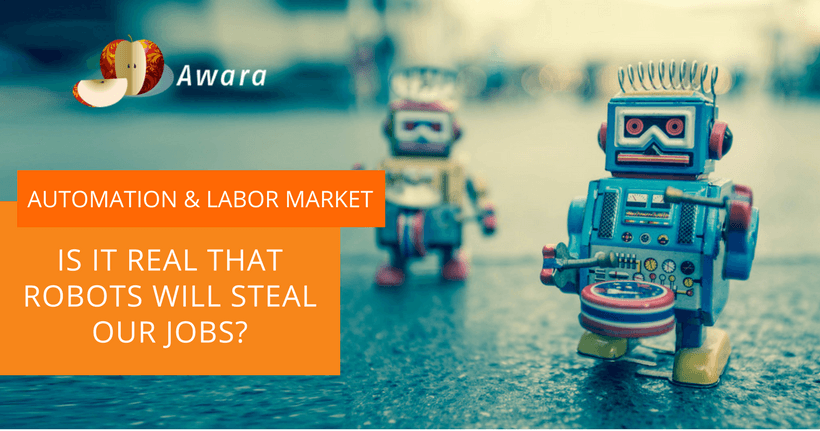 Robotization and Automation: Impact on the Labor Market

Have you noticed that today there are more and more media headlines about the robots and full automation taking our jobs in almost every field and industry? If we take it for granted, the areas in which our company operates are also at risk. We decided to find out how bad it actually is and whether it is true that we should beware of technological advancement instead of craving for advantages and benefits it will give us.

The report published in January 2016 by the World Economic Forum (WEF)[1] states that by 2020 due to the integration of new technologies 7.1 million people will lose their jobs, mostly white-collar workers engaged in office and administrative routines. At the same time, only 2 million new jobs are to be created in computer and mathematical, architecture, and engineering industries.

Robots already perform two-thirds of work on the Cambridge Industries Group plant in Shanghai[2], and the factory is going to automate production by 90% in the near future. Also the factory’s management has a plan to completely replace all employees with robots.

One of the UN reports[3] says that developing countries will suffer the most from automation: about 2/3 of their population may lose work. Developed countries may breathe easily: those “endangered” jobs have long since disappeared there.

In October 2016, ChinaTechNews published the article[4] about Foxconn, Taiwan company which assembles iPhones for Apple: they hired 40,000 robots and fired 60,000 people, and intends to start the manufacture of robotic workers, that will eventually replace the company’s human employees. Terry Gou, Chairman of the Board at Foxconn, said that according to plans the number of robots will increase by 20-30% annually. As a result[6], the company’s factories will employ a minimum number of employees responsible for production, logistics, testing, and control.

But Maybe Not Everything Is So Bad

In 2016 ManpowerGroup interviewed[7] 18,000 employers from 43 countries around the world about the impact of automation on their business. In the short term, the report was rather optimistic: only 12% of managers in the next 2 years are going to reduce staff due to the introduction of automation. Many employers are deterred by the cost of automation implementations and the need for special skills among workers. Companies from Italy, Guatemala, and Peru are the most positive about the impact of new technologies on the labor market — they expect an increase in the number of jobs. However, a quarter of the surveyed companies from India predict a reduction in the number of staff due to automation. The same goes for employers from Bulgaria, Slovakia, and Slovenia, but to a lesser extent.

IT company Infosys shares some good news: their survey[8] of 1,600 companies from the United States, France, Australia, India, Britain, Germany, and China has shown that 80% of executives are going to retrain employees whose work could be taken away by artificial intelligence.

Amazon has recently announced[9] that they plan to create 100,000 new jobs in the United States in the next 18 months (i.e., the company’s staff will increase by about 50% to 280,000 people). The online retailer will need both software developers and warehouse employees. Note that Amazon is one of those companies that actively implement robots in their activities to automate the process of assembling and packing orders. Over the past year, the army of Amazon’s robots grew by 50%[10] and reached the total count of 45,000 machines. Among the robots there are “babies” half a meter tall, able to move around the warehouse at a speed of 8 km/h and carry loads of up to 317 kg, and huge robotic manipulators designed to move heavy pallets. At the same time, Amazon does not intend to use robots everywhere: machines are used only where it is truly cost-effective.

See how this looks in practice in the short video below.

For example, in the US, such work accounts for 51% of total working time and costs employers $2.7 trillion. It predominates in production, hospitality industry, catering, retail, and a number of some middle-skill jobs.

Theoretically, by 2055, half of all the work done by people can go to robots. Perhaps this will happen 20 years earlier, or maybe 20 years later – it all depends on many factors: technical capabilities; the cost of developing new technologies and their implementation; demand and supply on labor market and labor costs; economic climate; legal regulation and the influence of society.

Some tasks are much more difficult to automate. As a rule, they are related to planning; interaction with customers, colleagues, and suppliers; use of knowledge and experience for decision-making; creativity; and management and development of personnel.

In theory, automation may affect 1.2 billion people, whose total salary is $14.6 trillion. At the same time, half of these figures fall on the economies of four countries: China, India, Japan, and the United States. In Europe, most of the automation will take place in five countries: France, Germany, Italy, Spain, and the United Kingdom: 62 million people or a combined salary of $1.9 trillion.

In the case of Russia, the following industries will be subject to automation[12]:

Should we be afraid that robots will drive us out of our jobs? Let’s try to find the answer in history.

In the US, the percentage of the population engaged in agriculture fell from 40% in 1900 to 2% in 2000, and for manufacturing industry from 25% in 1950 to less than 10% in 2010. In both cases, the disappearance of jobs in some areas resulted in the emergence of brand new professions. However, in the past it was mostly manual labor of low-skilled workers that was replaced, now it is high-paid specialists with higher education who are at risk of losing their jobs.

An example from banking sphere: people used to believe that the appearance of ATMs would entail massive layoffs of banking employees (tellers). In practice, it turned out to be quite the opposite. Why did this happen? There are 2 reasons for this. First, ATMs allowed saving part of the funds that were used by banks to open new branches. In spite of the fact that not many tellers were required in each branch, it allowed keeping the position from disappearing. Second, ATMs are not able to perform one simple job – to establish relationships with customers (with small businesses in particular), which was much more important. In the case of tellers, the very purpose of their work has changed: the emphasis has shifted from dispersing cash to working with people.

Another example: in 2011, McKinsey analysts estimated how the Internet affected the French labor market. The survey showed that over 15 years the Internet has deprived 500,000 people of work, but at the same time created 1.2 million new jobs (meaning that the disappearance of each old workplace created 2.4 new jobs).

Why Robots Have Not yet Captured the Labor Market

Whatever scientists have boasted about their achievements, robots are still not perfect. Specialists of McKinsey name the areas in which artificial intelligence loses to people (although it has already advanced a great deal):

What Should Workers and Employers Be Prepared For

No matter how things turn out, companies and their employees should be prepared to face changes.

According to the study[13], by ManpowerGroup, technologies change the requirements for employees: to supplement robots (rather than compete with them), people need to develop such qualities as creativity, emotional intelligence, and cognitive flexibility. And companies should invest more in staff training or even in their retraining.

Emotional intelligence
(EI) is the capability of individuals to recognize their own, and other people’s emotions, to discern between different feelings and label them appropriately, to use emotional information to guide thinking and behavior, and to manage and/or adjust emotions to adapt environments or achieve one’s goal(s).[14]
Cognitive flexibility has been described as the mental ability to switch between thinking about two different concepts, and to think about multiple concepts simultaneously.[15]

Deloitte also shared some interesting trends[16]. In February, the company’s specialists published a survey which included over 10,000 directors and HRDs from 140 countries.

Brett Walsh (Head of Deloitte Global Human Capital group) states that while technologies, artificial intelligence, and robotics are changing business models and ways of organizing work, companies should think about reviewing their management practices and organizational models. Companies should already take into account the main trends that were identified during the study:

Organizations should already be heeding the main trends that were identified during the study:

What May Happen on a More Global Level

The relocation of the factories to Asia was explained by savings due to cheaper labor. The only inconvenience was that the production was far from the end users, which means additional costs and more time for transportation. But now robots are becoming cheaper than cheap manual labor. In addition, a high degree of automation can improve production speed and performance.

For this reason, Adidas plans to relocate its footwear production back to Germany[17], as well as to open a robotic plant in the US, then in the UK or France.

It is possible that other major producers will jump on this bandwagon as well, and gradually production will fully return to its original countries.

With the further development of technologies, automation can affect many more areas than it does today. But it’s more than likely that this process will take decades. Nevertheless, even now robots are able to replace not only workers in production. In our next article we will tell you about real examples of how automation comes to various spheres of human activity (accounting, agriculture, call centers, construction, government, healthcare, hospitality, insurance, legal advice, logistics/transport, manufacturing, mass media, public catering, recruitment, retail) and share our thoughts on whether these technologies can really put people out of jobs.

PART 2: Technologies That Can (Not) Steal Our Jobs. Examples from 15 Various Industries 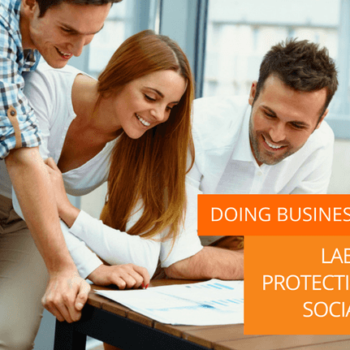 Technologies That Can (Not) Steal Our Jobs. Examples from 15 Various Industries 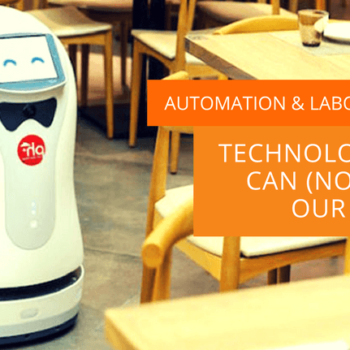