The policy of the Russian Central Bank of maintaining the punitively high key lending rate is truly mind-boggling. First, they declared that they do it for the sake of inflation targeting but then there were indications they do it to uphold the ruble exchange rate.

The policy is no good for either of the purposes. If it were any good, they would for sure let the rate vary with the changed market conditions. This has not happened, the rate has been the same 11% since August 2015 although the currency value has since dropped by 20% and inflation has gone down by more than 6% from the levels of 15.5% to the present 9.5%. Keeping the rate stubbornly at 11% is no policy but a panic reaction showing the Central Bank is as stiffened with fright as its rates.

Inflation has fallen to 9%

The government has admitted and even the Central Bank seems to do it, that inflation will by end of February fall to below 9%, while it still was 12.9% at the end of December having hovered at levels of 15-16% for most of last year. Actually even reporting these figures betray a fundamental error in their thinking, which is the fact that they stare at the historic rates of accumulated inflation for the past rolling 12 months. It is of course nice to know, but the interest rates are not set to cover past periods, they are set for the future going forward so naturally you should set them in relation to the future predicted inflation. Usually inflation in Russia is highest in the winter months and drop to zero in the best harvest months of the summer. Considering this, the expected inflation could be as low as 6%.

The Central Bank argues that the devaluation of the ruble following the crash of the oil price causes inflation pressure, as imports will cost more in ruble terms. Of course, this is partially a valid argument, but the bank does not seem to realize that the imports themselves have become very low. In January 2015, the imports were down a further 18% from last year’s 41%, total down 50% from 2014. The import volume was in 8.1 bln USD, which is less than 2 times the value that tiny Finland imports with a 30 times smaller population. (All figures without CIS). With these super low levels, the imports do not any more affect the general price level.

The charade that Russia has not diversified

This betrays an interesting fact about the charade that Russia has not diversified its economy. How is that, not diversified when the country with 150 million people with a standard of living fit for developed countries live and function practically without imports? Russian industrial production is slightly down over the two years of crisis, but this is within the big frame of things only a small decrease, which merely reflects the slightly lower consumption. By and large, all the industries are functioning and developing, and this with minimal import inputs.

Obviously, the Russian economy is diversified, to a very big degree. The absurd claim that it would not be diversified is derived from something else namely, the fact that Russia’s exports are not as diversified as one would wish for. Having a diversified economy and having diversified exports are quite different things. – By the way, very few countries in the world have a diversified structure of exports. – And it is only natural that the first 15 years of Russia’s economic recovery has been devoted to satisfying the domestic needs, in due time the economic actors would then turn their surplus towards exports.

But the low levels of imports also reveal that the purchasing power of Russians have plummeted, the Central Banks interest rate policy has really managed to suffocate the economy.

The Central Bank wants Russia to diversify, but does not want to finance it

Interestingly, Elvira Nabiullina, the Central Bank governor, recently defended her policies with what sounds as wisecrack saying that the best way to support the ruble rate would be to diversify the economy by reducing the dependency of oil. This begs the question, how does she think that (further) diversification could come about when she keeps the rates at that punitively high level?

In what seems as an endless list of wrong assumptions that the Central Bank is making, one is the very nature of inflation. They seem to think – in accordance with the neoliberal theology – that it is all a question of monetary liquidity, while in fact inflation is at least as much a function of the supply side constraints. The less competition and product offers there are on a market relative to the demand, the more expensive the products become. This should be something which any adult person intuitively understands, but if the experts of the Russian Central Bank do not understand it, they could at least look at the US and EU experience. The central banks of those countries have run for a decade now extremely lenient interest rate policies and have been flooding the markets with liquidity, and yet the inflation there remain at historical low levels at a few percentages. This is because they have an oversupply of production (and cheap imports to compete with).

The deposit rates must be at the level of inflation, must they?

In one of her policy speeches (September 2014), Ms. Nabiullina motivated her high interest rate policy with this statement:

As a rule, inflation sets the lower level of rates on loans, because it sets the lower level of rates on deposits. If we want commercial banks not only to allocate money issued by the Central Bank of the Russian Federation, but to be market institutions and financial intermediaries (which is the essence of banking), we cannot ignore this. Households and businesses will not bring their savings to banks, if the interest rate does not even cover inflation.

“Households and businesses will not bring their savings to banks, if the interest rate does not even cover inflation.” – This is very interesting in view of the interest rates that Russia’s virtual monopolist, the Sberbank – of which the CB is the majority owner – offers. At no point during the two-year old financial crisis has Sberbank offered deposit rates anywhere near a level that would cover the inflation. Presently their highest rates are 7.5 – 8.5%. Oh, wait a minute, but that is the present real running rate of inflation, the one that the CB ignores. This gives us only two possibilities, either the Sberbank fails to give the rate prescribed by the theory, or they give the correct rate while the CB goes way beyond it.

Let’s look at that theory lesson from another point of view. The CB argues that the financing they give must be at least as high as the inflation rate so as not to discourage depositors. In actual fact, it is not so, for sure the CB rate must be commensurate but it does not have to be the same, rather it must be a bit lower. Certainly wholesale money (CB) must be cheaper than retail money (deposits). Here the Russian CB could again look at the US/EU experience, clearly those central banks maintain key rates far below the inflation.

By this analysis, the correct level of the Central Bank key rate at the present time should be around 6 to 7%, or a couple of percentage units below the measured inflation.

Presently the Russian economy is in a very dire situation being buffeted from three sides: sanctions, oil price, and the Russian Central Bank. We cannot hope that the two first mentioned will do anything to alleviate the situation, but the CB must try. One thing is for sure, the punitively high interest rates will do nothing for the ruble value, which is determined by the two first ones, and by speculation.

The business tycoon Oleg Deripaska has joined the growing chorus calling for the Central Bank to come to its senses. The best hope would be for a groundswell of opinion to reach the decision makers. 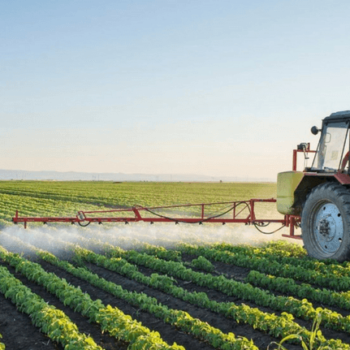 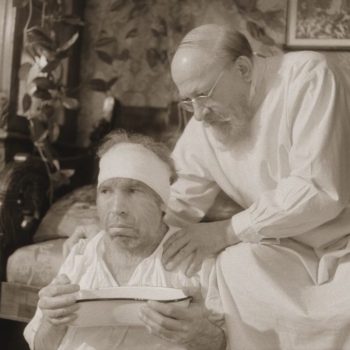