Russia’s population is not shrinking but the number of young adults has nearly halved in the five years, from 2006 to 2013, and the working-age population will see a 10 million reduction by the year 2020.

For the last 20 years, we have constantly heard about a huge demographic crisis that would hit Russia by the 2010s. But as we now approach the year 2014, Russia seems to have made a surprising turnaround stabilizing the population with rising birth rates and decreasing deaths. The population actually grew, albeit modestly, during 2010, 2011 and 2012. Unfortunately, some biased and unprofessional observers are still drawing their figures from years in the early 2000s, such as this Washington Times article. A more accurate picture of the demographic situation is provided by Mark Adomanis in his contribution to the Forbes 11 Things Everyone Should Know About Russian Demography

However, the positive trends in the summary figure are overshadowing a particular crisis Russia is facing right now. This is the gaping hole in Russia’s demographics: the impending near halving of the population aged 18 – 24, compared with the situation of just a few years ago. The low birth rates of the years of economic and social hardship in the 1990s are now materializing in a dramatic drop in the number of young people reaching adulthood; that is to say, those replacing the previous generations of the relative baby boom in universities and in the job market. In the years between 1983 and 1988 about 2.4 million babies were born each year, but in 1989 births dropped to below 2 million. This was followed by a further steady decline to reach a low of 1.2 million in 1999. Since then births have followed an upward trend reaching 1.9 million in 2012. (Figure 1). This means that whereas in the year 2005 roughly 2.5 million people reached adulthood (age 18) the figure was halved by 2013, with only 1.2 million reaching this age. The figure will see only slight increases until at least 2020, after which it may approach 1.5 million, still much lower than the number of young adults of the mid 2000s.

How dramatic the situation is can be seen from looking at the number of students in colleges and universities. In 2009 there were some 7.4 million students but for the 2013/2014 school year less than 6 million were enrolled, and this figure is expected to drop further to 4.2 million in the near future1. This means that during the next 10 years less than one million students will graduate each year and enter the job market whereas only a few years ago the number was the double. Considering the virtual full employment (unemployment rate at 5.2% in August 2013, source: Rosstat) and the fact that the Russian job market has been able to absorb double the amount of students during the past years, it will mean that there will be a huge deficit of young people entering the job market.

This will pose a dire threat to the economy as a whole and will challenge all business leaders to steer a course in the new realities. The halving of the pool of entry-level job candidates will force companies to rethink totally their human resources strategies and indeed their whole business strategy.

It is a question of absolute numbers: from where do you get the people to do the auxiliary work which traditionally has been assigned to young and energetic newcomers? But it is also a question of nurturing talent. Now companies must gear up for the fight for talent. They will be forced to rethink seriously their employer brands, the attractiveness of the company in the eyes of potential employees, and recruitment strategies in order to attract talent. And the young people of the diminishing generations will have the benefit of choice. They are a pampered generation who will put employers on the catwalk to assess what they have to offer. It is already a generation born and raised in the digital era, the PlayStation generation as Pekka Viljakainen calls people born after 1985 in his No Fear: Business Leadership for the Digital Age. These people cannot be pushed around according to old management models. They want to work with companies running modern corporate cultures with mentally and technologically inspiring leaders that offer them challenges but also life-work balance. Therefore, companies are obliged to muster a serious effort when developing corporate cultures which attract the best employees and foster a dynamic, modern and effective way of working. This is also about improving labor productivity by tearing down the hierarchy and bureaucratic rules and practices which hinder efficiency and innovation.

They must improve the way staff is managed. Away with the command-and-control mentality which prevails in most Russian companies and even in Western companies in Russia, which have for too long been ignoring the question of developing their corporate cultures. What are needed now are cultures that are low on hierarchy and strongly guided by the principles of employee engagement. This is about how to achieve a company’s strategic goals by creating conditions for each staff member, manager and executive to be fully switched on in their jobs; this will enable them to deliver their best efforts in the best interests of the business.

Only companies guided by the principles of engagement can possibly win in the race for shrinking talent and retain the best employees. Truly great and inspired leaders can turn this challenge into an opportunity because, frankly, the general level of management practices in Russia today is so poor that those who choose to invest in developing their corporate cultures and implement a strategy of employee engagement will be able to make a significant impact and a real difference, and do it quickly.

Developing corporate cultures is the most important element of modernizing business and increasing labor productivity which Russia so sorely needs. Developing cultures is not only about behavior and interpersonal relations, it is also about modernizing business processes; all processes and rules that govern them must be streamlined. The company has to be purged from all bureaucratic procedures, and all bureaucratic minded managers who uphold them. There has to be a common awareness throughout the organization that each and every employee is there solely for the purpose of successfully selling the company’s products and services to its customers, while at the same time maintaining excellent quality and a total service concept. A company with a proper culture realizes that all the rest is merely auxiliary to sales.
One implication of this is that companies must seek to outsource a greater part of their functions. Particularly well suited for outsourcing are, for example, the following functions: accounting, payroll, HR administration, recruitment IT, and legal services.

Another imperative, which follows from the reduced number of young adults and the shrinking working-age population, is to move away from a business model heavily biased towards a presence in Moscow and St. Petersburg. There will be a need to disperse business functions all over Russia and even abroad. Of particular interest in this respect is giving consideration to what the Customs Union countries of Belarus and Kazakhstan have to offer, as well as aspiring Armenia.
In this context, it would be highly desirable that the Russian Government waived the work permit and visa requirements for foreign interns so as to compensate for the drop in the number of Russia’s young people. Having received a chance to work in Russia, there is everylikelihood that such a young adult would then opt for furthering his or her career in this rewarding market.

1 this is the total number of students in all grades
2 Source: Interfax February 28, 2013

For further information, please write to the author:

The writer, Jon Hellevig, is managing partner of Awara, a management consulting and corporate services firm offering advice and outsourced services in accounting, pay-roll, recruitment, IT and law. www.awaragroup.com

Jon Hellevig Was Invited to the International Congress of Young Entrepreneurs 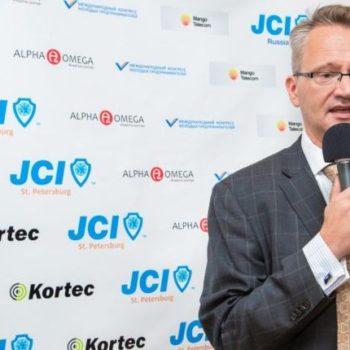 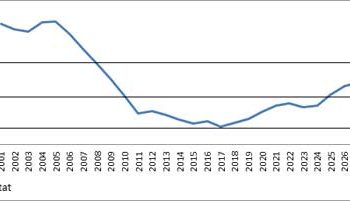