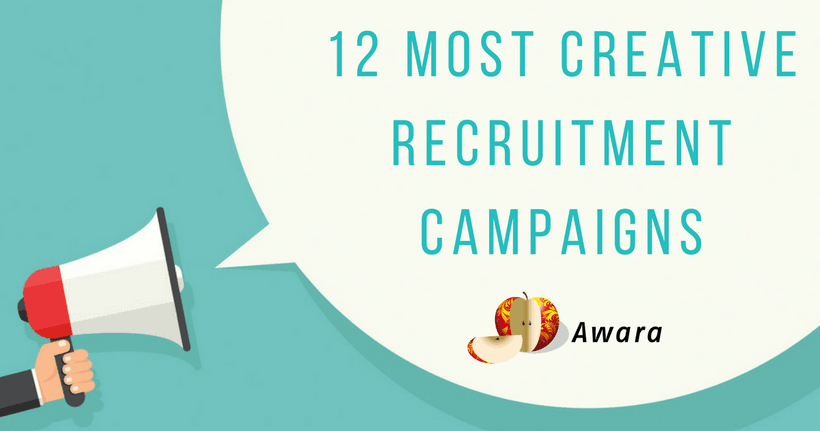 To find the best candidates, employers sometimes use rather original approaches to the process of finding and attracting new employees, especially when it comes to representatives of highly qualified professions. In this article we want to talk about what we consider the most unusual methods of recruitment, which differentiate Google, Yandex, Volkswagen, IKEA and other companies that are able to find creative solutions to replenish staff.

1. An interesting case occurred with a programmer from the US, Max Rosett. He was working on his project and entered in Google a query associated with the programming language Python. At first, nothing unusual happened; as always the usual search results appeared on the screen and Max began studying them. But then he saw something strange: in the middle of the screen there was a message: “You’re speaking our language. Up for a challenge?” 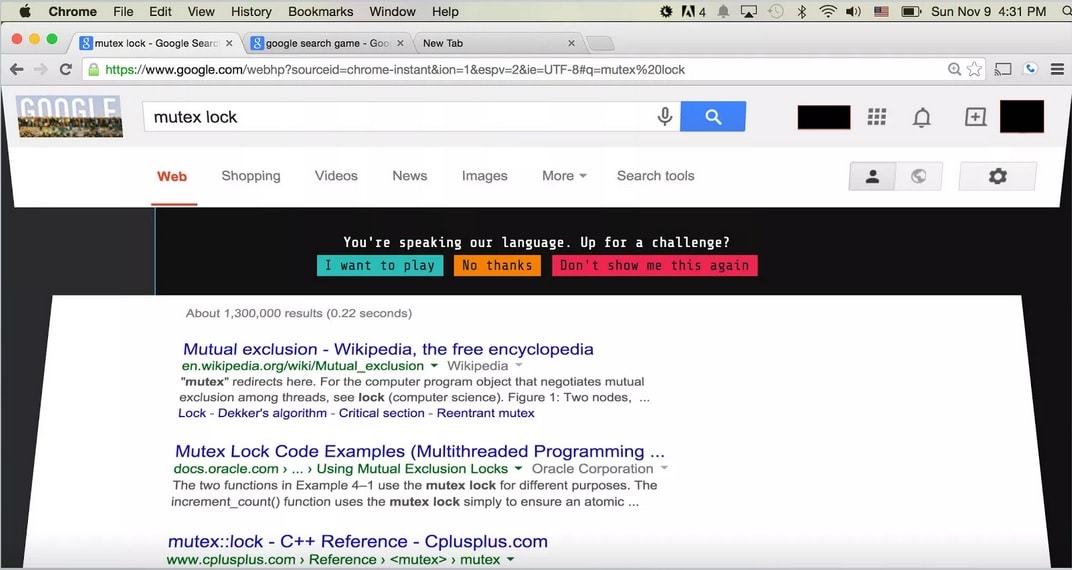 Max accepted the challenge and ended up on the page www.google.com/foobar/, which resembles the interface of the operating system Unix. As a result, Max was given a programming task and a set of instructions. 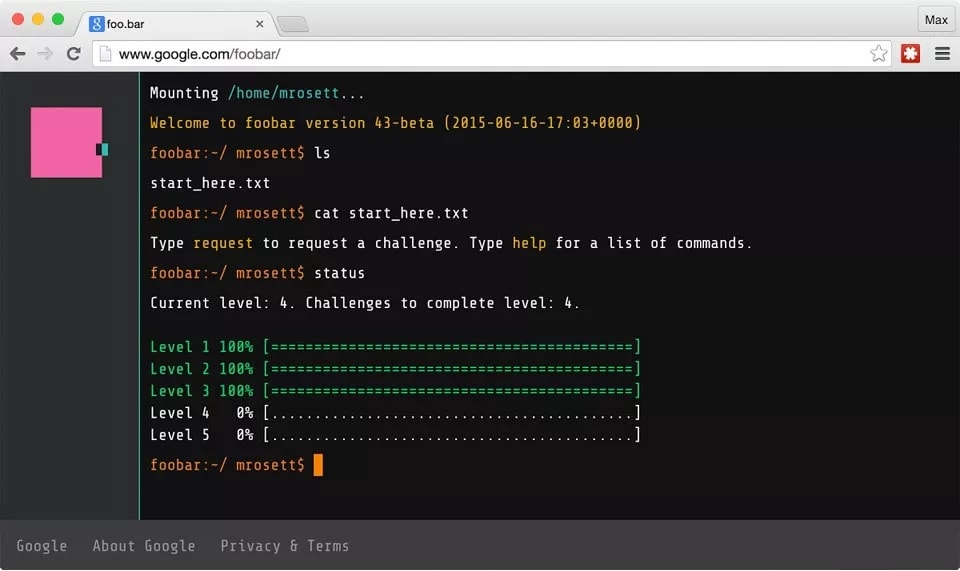 Within two weeks, Max successfully completed the task given. Soon, he was contacted by recruiters from Google and was offered a job in the company.

2. Apart from the case above, the IT giant in 2004 managed to attract the attention of developers with a huge billboard with a mathematical problem.

The solution was the address of the website where a new task awaited the visitor. The person who completed it received an invitation to join the Google team.

3 & 4. Yandex (Russian IT company) and Flickr (image hosting site, owned by Yahoo!) also love to creatively post their job offers. One developer found a helpful link to a Russia search engine position in the JavaScript error console. In the case of Flickr, anyone curious can find a link to open positions by simply browsing the code page. 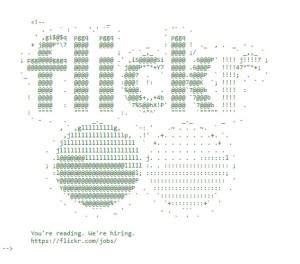 5. Volkswagen chose a no less unusual place for their vacancy ads.

When the company needed talented mechanics, it placed ads underneath faulty cars and sent them to service centers. As a result, Volkswagen was able to attract new staff of experienced employees. 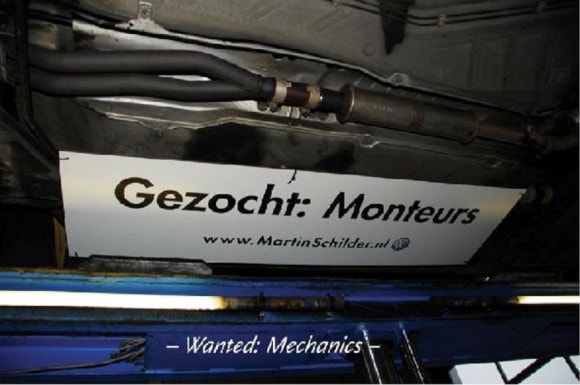 6. The company Matsushita Electric also distinguished itself by its ability to deliver a message to their target audience.

Vacancy announcements for electricians were hung on electric poles at a five-meter height. Quite a good place to find the right person, isn’t it? 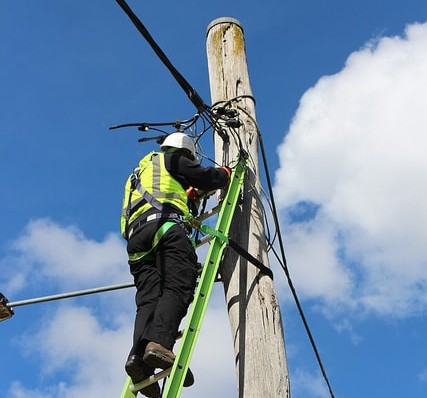 7. Shield Security also came up with an unobtrusive method for making job offers to potential candidates. Employees of the company often have to carry their luggage through scanners at airports and business centers, so when it was necessary to replenish the staff of security experts, in the briefcases of Shield Security employees there appeared a job offer written in metal letters. This message was perfectly clear to the security officer doing the scanning. Such a campaign to attract new personnel brought good results for Shield Security.

8. Red5, a video games development company, was also not left on the sidelines and decided to impress their potential candidates with their recruitment method. Having compiled a list of 250 candidates, employees of Red5 studied the professional qualities of each over 4 months. As a result, 100 developers were selected who received an invitation from Red5, which was hard to ignore: in an unusual package candidates received a personalized iPod with access codes to the site with detailed information about the proposed positions. The result? 90 out of 100 recipients positively responded to the job offer. 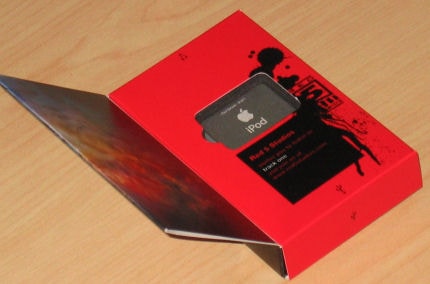 9. In 2010, the advertising agency Gyro International set a goal to increase the staff of their creative department by 50%. Having decided that the standard method of recruiting would not help them, Gyro went the route of innovation and conducted a small study to find those places where employees of their competitors usually have lunch.

Gyro convinced the owners of identified cafes and restaurants to replace their usual packaging for sandwiches with special packaging, calling for a change of jobs. As a result, 100,000 creatively packaged sandwiches brought the company 3 no less creative employees. 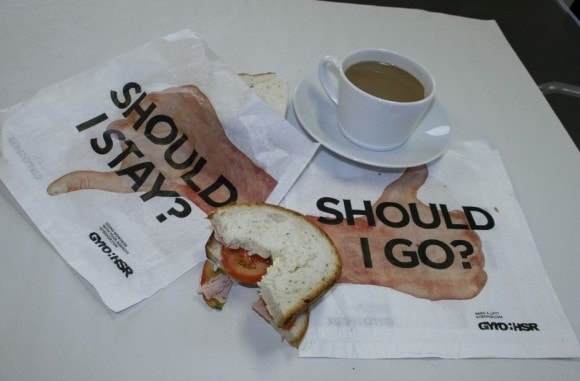 10. A division of IKEA in Australia solved its task of recruiting just as ingeniously.

To quickly fill vacancies for a new shopping center, HR staff chose an option which didn’t even require them to carry their ads far. IKEA recruiters put them in packages with its own products. HR-specialists decided that loyal customers are the best candidates and, even if they are not looking for work, then very likely they will report the vacancy to relatives or friends. What was the outcome of this campaign? Spending on advertising in the media – $ 0; postage costs- $ 0; resumes received – 4285; new staff hired – 280. There is good reason to praise resourceful recruiters. 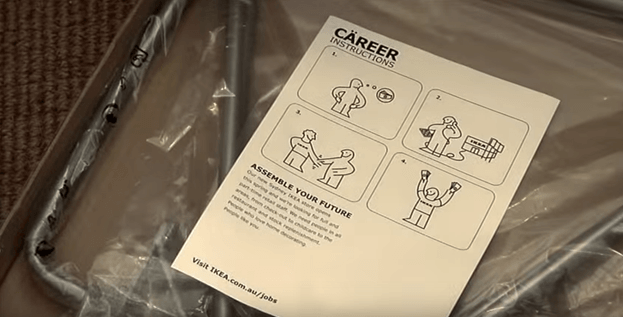 11. And here is a non-standard case in the hospitality industry.

One of the American hotel chains is in no hurry to write off their employees who have retired. When traveling the retirees note talented employees from other hotels and pass this information to their former employer. The employer in turn compensates for some of their travel expenses. 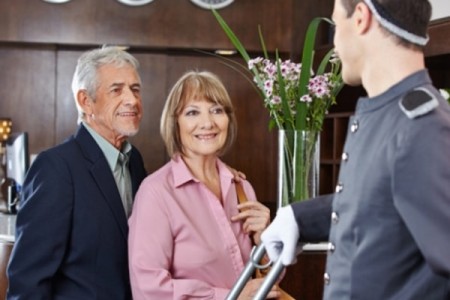 12. How to find a good programmer? In 2010, SeatGeek decided that a good specialist must be able to hack a site, for example, their own website. The results of this experiment so pleased SeatGeek, that now every candidate for such a position must independently obtain access to management of the site to send the company their resume. At the same time, those who cannot complete the task in 10 minutes cannot even hope for a position. 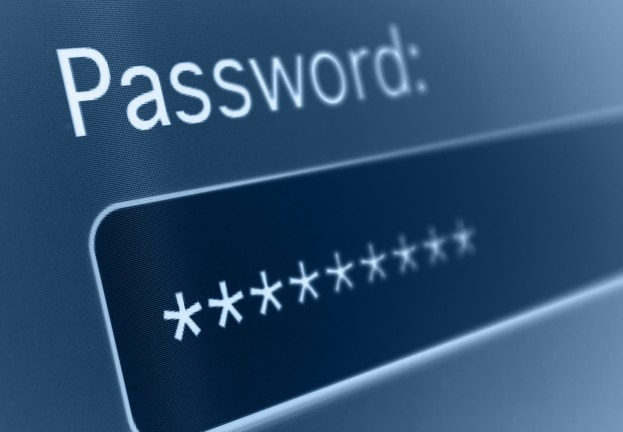 During our recruitment campaigns research we have found a lot of other interesting examples, but we decided to describe only these 12 creative cases. Some time ago even our own method of recruitment via social networks was also considered nonstandard and was regarded with skepticism (we won’t go into further detail here, you can learn more about this method from an interview with The Moscow Times at the link above).

Also if you know other good examples of successful and extraordinary recruitment – don’t hesitate to share them in the comments!

Krugman, a Well Won't Keep the Water You Pour into It 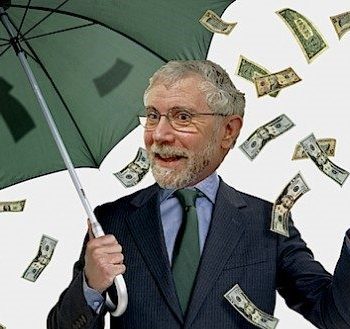 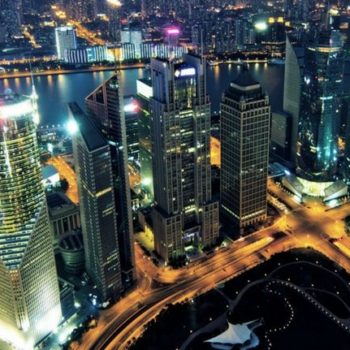